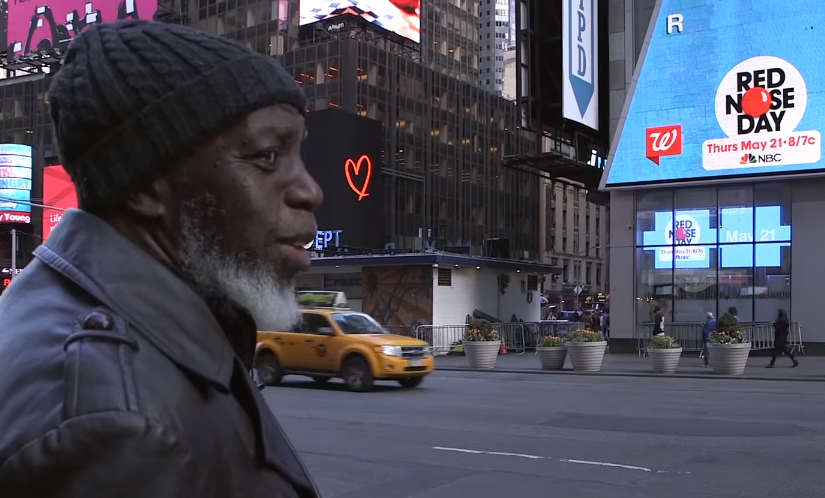 I’ve lately been playing a lot of Fallout 4, a game that revolves around a character who gets cryogenically  frozen and then wakes up 200 years later in a post-apocalyptic setting. That’s not quite what happened to an ex-convict named Otis Johnson but there are some parallels: Johnson just stepped back into the world for the first time after spending the last 44 years in prison for the attempted murder of a police officer. Recently Al Jazeera followed him around Times Square in New York and recorded his impressions of the world as it exists today.

The first thing that Johnson noticed is that lots of people walk around constantly plugged in. He was initially baffled because he saw a bunch of people seemingly talking to themselves before realizing they were talking on their smartphones via earpieces. He also notes that lots of people are staring at their phones while they’re walking and is surprised that people can get away with it without being killed.

One pleasant surprise was going to the grocery store, where he was blown away by the different varieties of food that are now available. We take being able to shop for our own food for granted but when you’ve been in jail for 44 years, you have to get used to making your own meals again.

The whole video is incredibly captivating and moving. Check it out below.