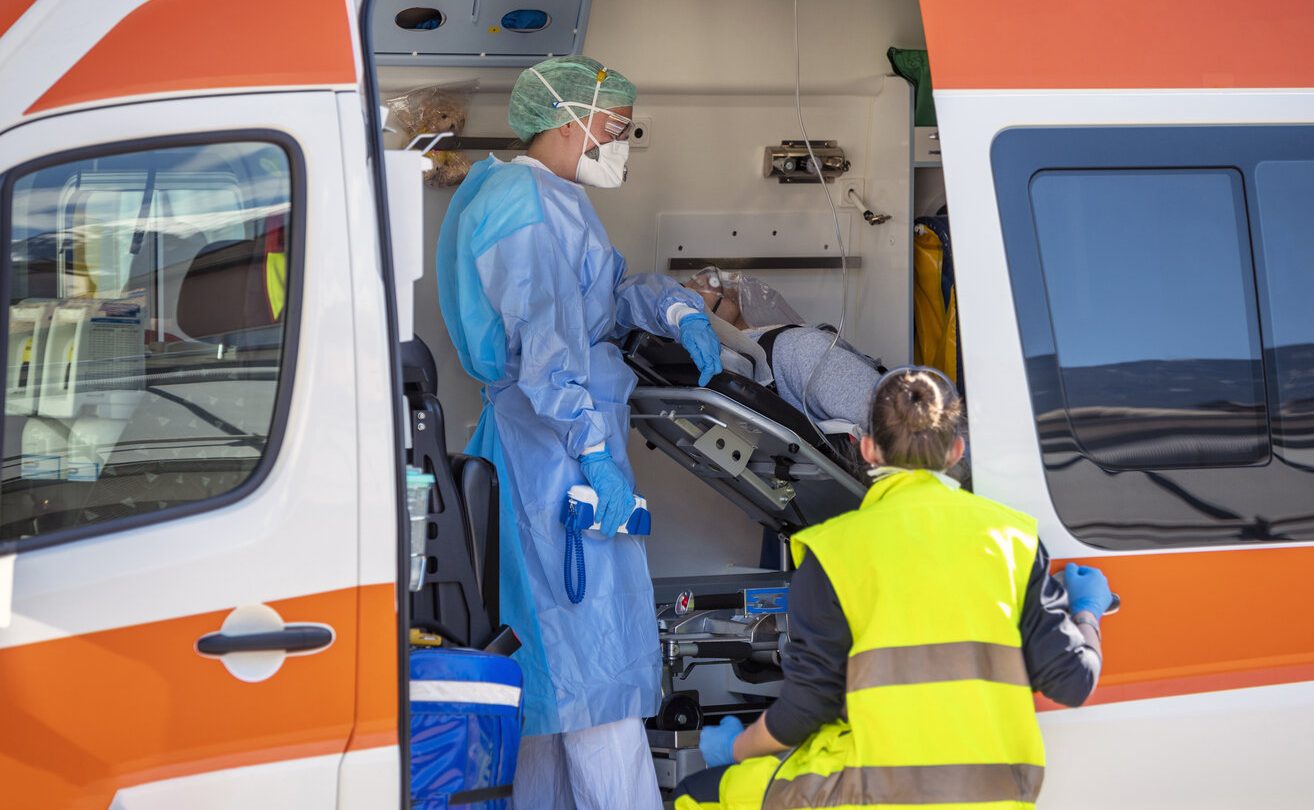 Los Angeles’ COVID cases have multiplied at such an alarming rate, they’re now in danger of overwhelming area hospitals to a degree that sounds like something out of a dystopian movie. On Monday, because of the strain that Los Angeles’ coronavirus outbreak is putting on hospitals and hospital resources, the Los Angeles Emergency Medical Services Agency issued two memos, one of which instructed that patients experiencing cardiac arrest who can’t be resuscitated “in the field” should not be transported to a hospital.

“We are not abandoning resuscitation,” Dr. Marianne Gausche-Hill, medical director of the agency, told CBSLA. “We are emphasizing the fact that transporting these patients arrested leads to very poor outcomes. We knew that already, and we just don’t want to impact our hospitals.” And so at least those particular patients, who are deemed to have little chance of survival, will now be declared dead at the scene.

The other memo said that EMS teams should now “only administer supplemental oxygen” to certain patients — again, to conserve hospital resources. That’s because, at least by the end of December, several LA hospitals were facing something of an internal disaster over oxygen supplies running low.

According to a new CNN report, coronavirus cases are so extensive across both LA and the larger Southern California region that ICU bed capacity in the region actually hit 0% in December. Los Angeles County health data showed that there were 7,544 people suffering from COVID-19 in Los Angeles hospitals as of Monday evening, with only 17 remaining ICU beds. That low number of beds is what prompted the memos specifying the new procedures.

⚠️NEXT LEVEL BAD—this radical change in ambulance 🚑 rules means if an EMT paramedic cannot resuscitate a heart beat, a patient will not be transported to any hospital in Los Angeles.

➡️This is worse than rationing 🏥 care. We have reached this. #COVID19 pic.twitter.com/DllJMTKdWT

Dr. Christina Ghaly, LA County’s director of health services, told USA Today that many area hospitals “have reached a point of crisis and are having to make very tough decisions about patient care.” And if you’re wondering how things could devolve to this degree in one of the most important cities in the country, BuzzFeed News ran a harrowing piece this week detailing an episode involving maskless protestors storming a local grocery store and mall.

In the videos included with the piece, the ignorance on display is striking and beyond description. At one point during an angry exchange between grocery store customers and the protestors, one of the latter who’s obviously trying as hard as possible to inflame the situation ignorantly dismisses concerns that he’s not wearing a mask by snipping: “I tested negative, so what are you worried about?” Especially at this late stage of the pandemic, it’s shocking to see such militant stupidity on display.

Here, though, is an even much more visceral indication of why things are as bad as they are in LA. In this clip, protestors berate a doctor whose own mother is in the hospital with COVID-19 (Warning: It’s pretty hard to watch this doctor become increasingly upset as the protestors accost her):

One of the more intense moments was when a woman who said she’s a doctor shouted at the anti-maskers from behind a makeshift barricade. “My mother is in the hospital with COVID,” she said. “People die. That’s life. Your father’s not special,” an anti-masker replies. pic.twitter.com/HU53xMc05j