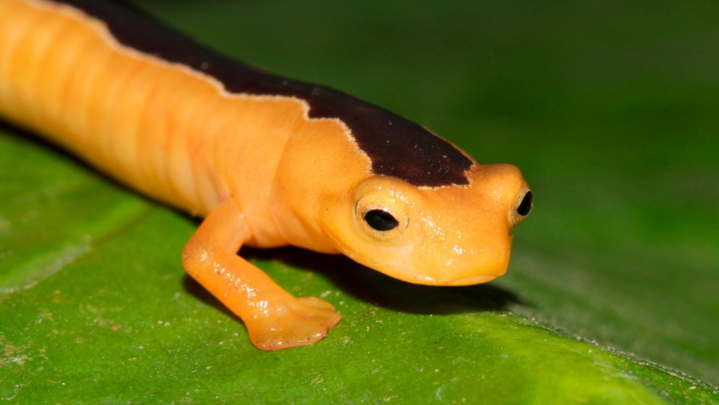 If an animal completely disappears for over 40 years, it’s usually a safe bet to consider them extinct. That wasn’t exactly the case with the Jackson’s climbing salamander, however, because it was so incredibly rare already that when it was last spotted in 1975, that was only the second time humans had ever laid eyes on it. So, the animal’s story remained open, waiting decades for the day where another chapter might be written. Now, after 42 years without so much as a hint that the golden creature even still existed, it has been spotted once again.

So little was known about the species that, even after several decades of failing to find one, scientists didn’t even have enough information to declare it extinct. That turned out to be the right call, because the incredibly rare amphibian turned up alive and well in a newly-established amphibian reserve in Guatemala.

The animal’s rediscovery is extremely important for the region, which  has been working to protect its unique mix of species from further destruction and human interference. Populations of amphibians are facing serious threat from habitat loss and global climate shifts, not just in Guatemala, but worldwide. The amphibian reserve where the creature was spotted was set up for just that very reason, but its appearance there is actually somewhat of a shock for researchers.

One of the biggest surprises was the location at which the salamander was located, as it was roughly 1,000 feet higher up in elevation than scientists believed the animal lived. However, with so little previous data to draw from, it’s not exactly odd that their predictions ended up being less than accurate.

The search for the golden amphibian has been a long one, and the Global Wildlife Conversation added it to the list of “lost” species that it intends to track down. The campaign hopes to locate as many of the rare, hard-to-find, and possibly extinct species as it can. Amphibians make up nearly a quarter of the animals on the list, which is the highest percentage. The Jackson’s salamander was one of the top 25 “most wanted” species out of over 1,200. Needless to say, this is a pretty big win for science.