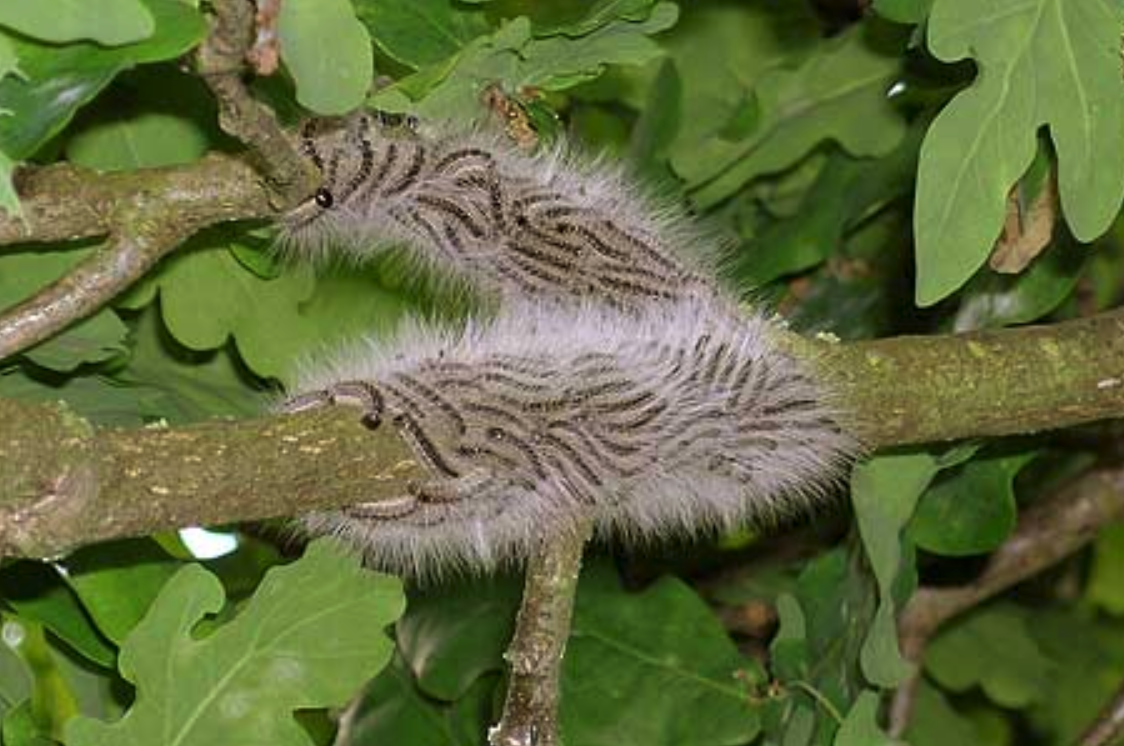 When you think of invasive species, a fluffy little caterpillar probably isn’t the first that that comes to mind — that is, unless you happen to live in London. The UK forestry commission has been fighting a battle against the larvae of an insect called the oak processionary moth (OPM for short), and after a cold winter pushed back the hatching of the newest broods, the region and its citizens are now under attack.

You might think that “attack” is somewhat of an overstatement — after all, what could a little caterpillar do besides inch along on a tree branch, right? — but you’d be wrong. These particular caterpillars are covered in tiny needle-like, poisonous hairs that can cause a seriously uncomfortable rash when they come in contact with human skin.

Not only that, the caterpillar’s hairs have a habit of breaking free from the bugs and getting swept up in the breeze. Any humans, pets, or other animals that happen to be downwind from the pests, which can cover trees and builds large nests, can develop skin irritation seemingly out of nowhere.

Called “processionary” due to their habit of forming orderly lines as they crawl across the trees they call home, the species of moth is relatively new to London and officials began noticing them in the early 2000s. They believe that the insects were first introduced when live oak trees were brought from southern Europe (where the moths are a native species) to the UK. Now, with no natural predators, the moths and their larvae are thriving, and it’s causing a serious headache.

But it’s not just Londoners that have to worry about the moths and their larva, as officials are now concerned that the bugs could spread further and further. Those charged with managing the spread, like officials in the UK forest service, have begun treating oak trees to prevent the caterpillars from getting too out-of-hand.

Forestry workers who are part of the government’s OPM Control Program regularly monitor for new nests and are tasked with determining how to handle new outbreaks of the caterpillars when they spring up. They deploy pheromone traps to lure in the adult moths and tally the numbers to get an idea of how far the insects are spreading.