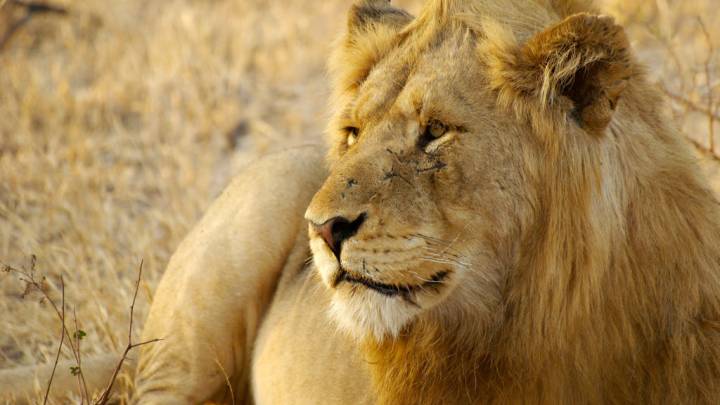 Despite all the very clear evidence that illegal hunting is pushing many species into extinction, animals like rhinos are still being taken down by low-life poachers. Rhino horn carries a high price in certain countries which apparently don’t understand that it’s the same material that comes out of the end of human fingers, and poachers will do anything to take down the animals and score a big pay day.

One group of rhino poachers in South Africa recently got exactly what they deserved when their illegal hunting expedition was cut short by a flurry of claws and teeth. Oh sweet, sweet justice.

The hunters, apparently tracking rhino in the protected area, met up with a huge pride of lions and, well, you can imagine how things played out. The poachers were grossly outmatched, despite their high-powered weapons, and none of them made it out alive.

The mangled remains of the men were found by park rangers in an area of the Sibuya reserve, and all that was left of them was whatever the lions didn’t feel like eating. In fact, the leftovers were so torn up that rangers can’t tell if it was two or three men. The owner of the reserve casually noted that “there’s not much left of them.”

Along with the bloody smears, rangers found a silenced rifle as well as an axe and wire-cutters which are used to break into protected areas so the morons can kill animals they have no business killing. They won’t be doing much of that anymore.

You might be thinking to yourself “But Mike, these were human lives! Surely there’s some amount of mourning that is warranted!”

To that I say no. Poachers have illegally tallied over 7,000 rhinos in South Africa just in the past decade, and that’s to say nothing of the other species that are regularly poached — including lions. If you’re willing to break into a reserve to kill animals that are almost extinct, you get to roll the dice with Mother Nature. Mother Nature, at times, is ruthless.