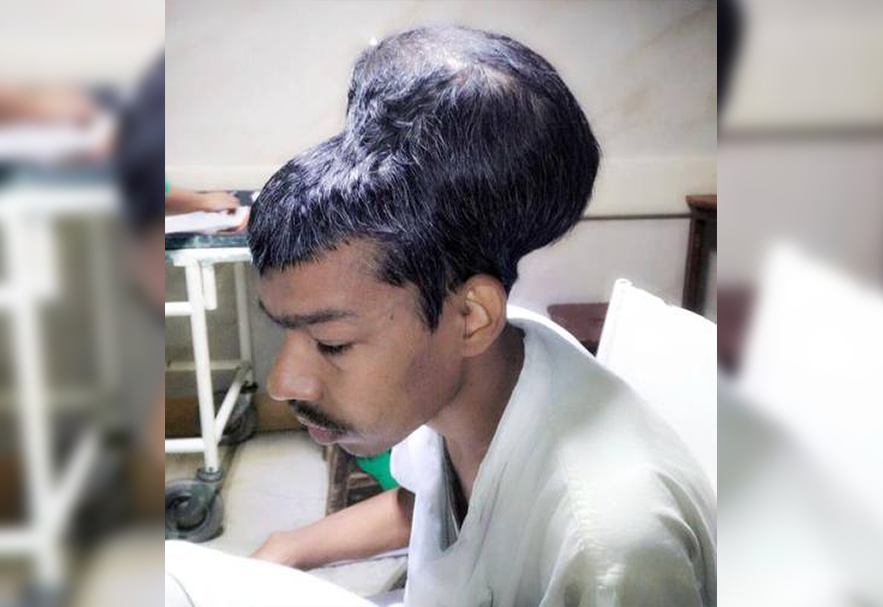 Doctors in India have successfully removed what is being called the largest brain tumor ever to be operated on, freeing a mass of dangerous tissue that was nearly the size of the patient’s entire head. The operation, which took nearly seven hours to complete, took place earlier this month in Mumbai, and it appears as though the patient is recovering well, and feeling a whole lot lighter.

The patient, Santlal Pal, is a 31-year-old man from northern India. Pal, a shopkeeper said that he first noticed the tumor three years ago but had been turned away by a number of doctors and hospitals who told him there was no hope of removing it. Luckily for Pal, the tumor developed largely outside of the skull itself, with 90% of the tumor’s mass positioned out of the brain case. However, the pressure the tumor was putting on his brain caused Pal to lose his eyesight, at which point an operation was the only way he could continue living. He finally found a doctor in Mumbai willing to take a chance and attempt the operation.

Dr. Trimurti Nadkarni, the neurosurgeon who operated on Pal, performed the procedure with the help of a five-member team. He says none of them had ever seen anything like it. Having pushed its way out of the skull, the tumor rapidly grew to the point where it was larger than Pal’s own head. After removal, doctors hesitated on publishing their report on the procedure because they weren’t sure whether or not it had actually worked. Now, they say, Pal is on the road to recovery.

“We had to cut open the scalp and remove the tumor,” Nadkarni explains. “The part of the tumor within the skull was removed by making an opening in the skull.”

After it was removed, doctors weighed the mass that they had removed from Pal’s head and found it to be nearly 1.9 kilograms. That’s well over four pounds of tissue which had been weighing on Pal’s head and neck for years. As Dr. Nadkarni notes, Pal “feels relieved of a large burden on his head,” and he’s now up and walking and eating as normal once again.