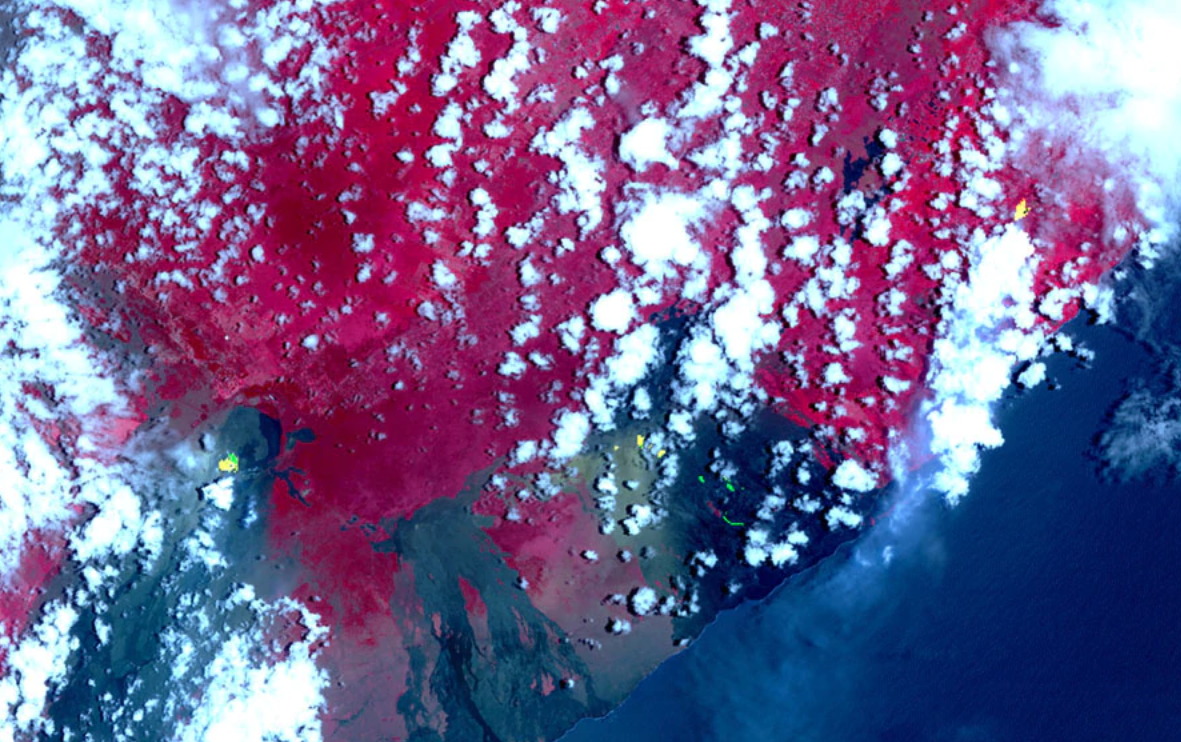 When Hawaii’s Kilauea volcano erupted late last week it wasn’t exactly the kind of massive, explosive event that you see in disaster movies starring Pierce Brosnan. Nevertheless, the large fissures that opened in the ground have allowed large lava flows to roll across countryside and into residential areas. Now, NASA is showing its own view of the event from space thanks to some very fancy satellite technology.

The large volcanic cracks might be menacing up close but you wouldn’t normally be able to spot them from way up in Earth orbit. That is, unless you have NASA’s Advanced Spaceborne Thermal Emission and Reflection Radiometer at your disposal. The tool, called ASTER for short, can view the Earth using different thermal bands, allowing scientists to highlight the fissures as well as the various gasses that they are spewing.

In the image above, the bright yellow spots in the sea of blues and reds are the steamy hotspots where the cracks have formed. The smaller green smudges are ash deposits the volcano has produced. As for the rest of the image, red indicated vegetation and the darker streaks are what remains of past eruptions where lava ran freely.

It’s pretty neat, but ASTER has more than one trick up its sleeve, and NASA released a second image that highlights the gas plumes being spit forth by the fissures. In the image below you can see a mixture of different colors, and NASA is kind enough to explain what they all mean. 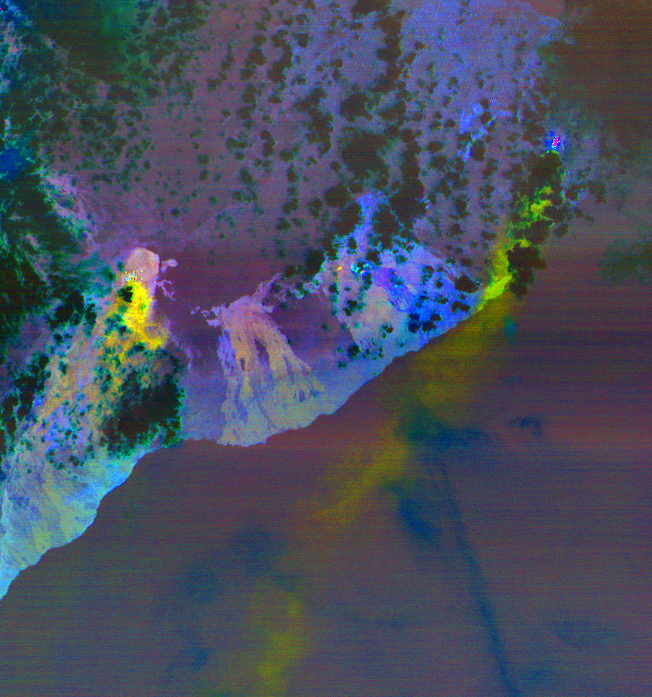 “The massive sulfur dioxide plume is shown in yellow and yellow-green, extracted from ASTER’s multiple thermal bands,” NASA says. “A smaller, but thicker, sulfur dioxide gas plume can be seen coming from Kilauea. The prevailing trade winds blow the plumes to the southwest, out over the ocean. The images cover an area of 57.8 by 63 kilometers, and are located at 19.3 degrees North, 155.1 degrees West.”

The volcano is expected to continue spitting out lava and gas for a little while long, and an orange warning (the second highest level of alert) remains in effect for those living in the area. Let’s just hope no more innocent cars get caught up in the mayhem.