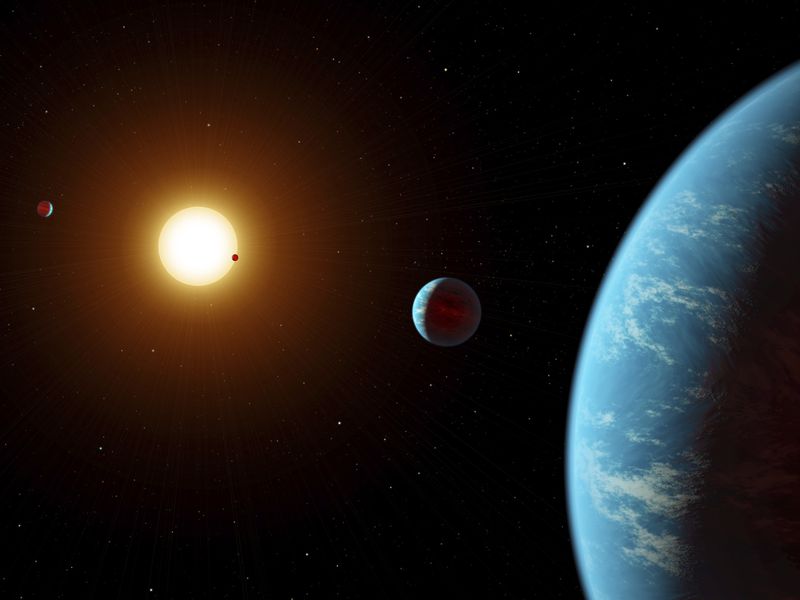 In NASA’s efforts to explore the endless expanse of space, the agency eventually came to a realization: there is simply too much data. Missions like the one embarked upon in 2009 by the Kepler space telescope yield such a tremendous amount of data that there’s no efficient way for an individual scientist or even a team of scientists at NASA to pour through it all. That’s when they made a realization — instead of handling everything internally, NASA could make this data publicly available so that citizen scientists all over the world would be able to dig in.

This practice has proven useful on several occasions, and now it is proving useful once again. A group of citizen scientists exploring data collected by the Kepler telescope have discovered an unusual new solar system that no even NASA had managed to uncover on its own.

NASA scientists launched the Kepler space telescope in 2009 with the primary goal of searching for exoplanets. The telescope would conduct its search by monitoring the brightness of as many stars as possible. Scientists would then dig through the data and look for “winks,” or quick flickers in the light emitted by stars. If a star winks, it’s typically a sign that it is being orbited by a planet.

During its two missions, the Kepler telescope recorded data on hundreds of thousands of stars. It’s impossible for humans to dig through the data with any sort of efficiency, so computers handle much of the heavy lifting. Even still, when the computer identifies winks that indicate the presence of planets orbiting a star, humans must verify that the perceived wink is indeed the result of an orbiting planet. And because there are so many winks, NASA alone cannot pour through all the data effectively.

Last year, NASA made this data available to the world through a program called Exoplanet Explorers, allowing citizen scientists to gain access to all of the information recorded by Kepler on its missions. More than 10,000 people registered to explore the data within the first 48 hours of its availability, and it looks like all that work paid off. The California Institute of Technology recently announced that a new planetary system was discovered by citizen scientists.

The new system has been named K2-138, and scientists believe it consists of five or possibly six planets orbiting a star. The planets are all between 1.3 and 3.3 times the size of Earth, though the system is too far away to determine much else about the planets. What scientists have been able to determine, however, is the planets’ unusual orbit around their star.

The planets appear to be orbiting the star in a “resonance chain” pattern, which means each planet takes about 1.5 times as long to orbit the star than the next closest planet. This pattern is the reason astronomers think there is a sixth planet orbiting the star as well; the fifth planet they’ve been able to identify appears to “skip a link” in the chain.

“If you keep going with the resonance chain, you skip 19 days, you skip 27 days and you end up at about 43 days,” Caltech’s Jessie Christiansen told BBC. “That’s a really tantalizing clue that we may be missing more planets in this system. If this chain continues, there’s a gap.”

K2-138 was first discovered by citizen scientists at Caltech this past April, just two weeks after the Exoplanet Explorers program launched.