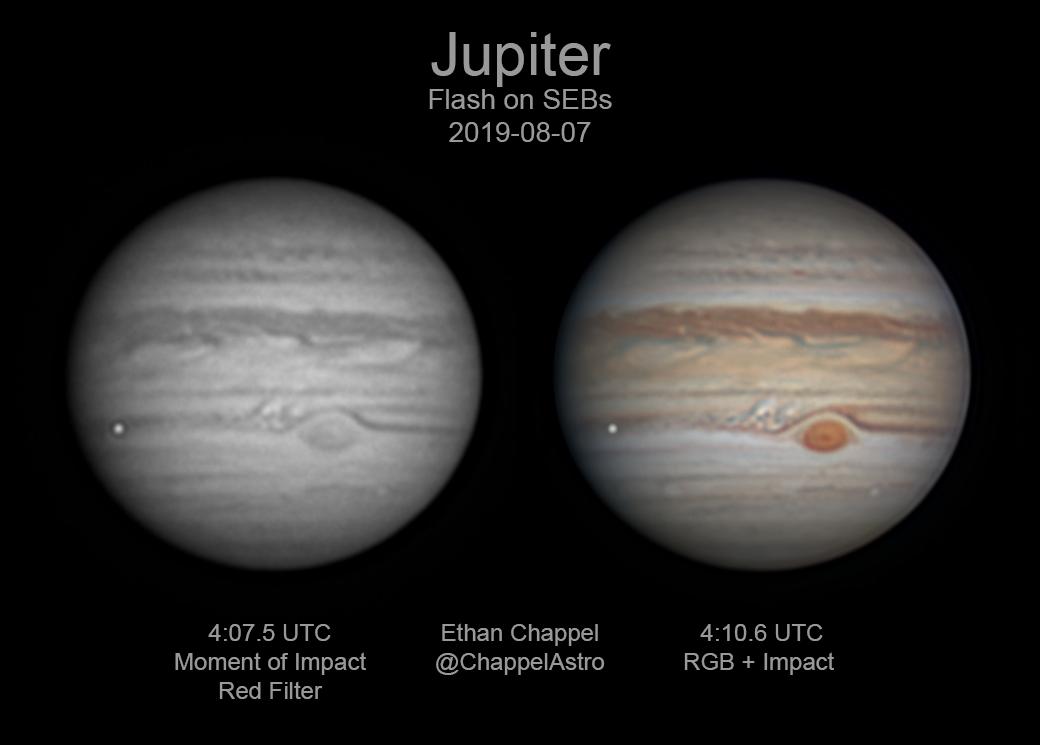 It was only about a day ago that NASA showed off some Hubble’s finest work yet in the form of new images of Jupiter. The photos (and a brief animation made of many of said images) are stunning, but while we were all gawking at the gorgeous eye candy this week, something appears to have slammed right into the side of the gas giant.

As ScienceAlert reports, one very talented space photographer managed to capture images of what appears to be an incredibly bright flash in the upper atmosphere of the planet. The cause of the flash hasn’t been conclusively proven, but it seems to have been a meteor impact.

The still images up above show the flash at its brightest, but the photographer who captured them, Ethan Chappel, also produced a brief video showing multiple images in an animation to give us an idea of how fast the flash actually occurred:

Here's an animation that's more representative of how fast the flash on #Jupiter occurred. Unfortunately, I couldn't make this work without cutting out 6 frames for every 7. pic.twitter.com/POQynVOlA8

Scientists have observed impacts happening in Jupiter’s atmosphere in the past, and even noted the presence of atmospheric “scars” left in their wake. In order to see a flash this large from Earth the object that struck Jupiter would have had to be rather large. Still, the impact doesn’t seem to have been that intense, as post-flash images don’t show any visible scarring.

Post-flash images of #Jupiter on August 7th, while I was still oblivious to what happened earlier. No visible sign of an impact scar. pic.twitter.com/iYPM102HFM

Jupiter is a popular target for observers but scientists don’t always have eyes on it, meaning that it’s likely that events like this happen a lot more often than we realize. Thankfully, we have dedicated space fans catching some of the more interesting observations that fall through the cracks.