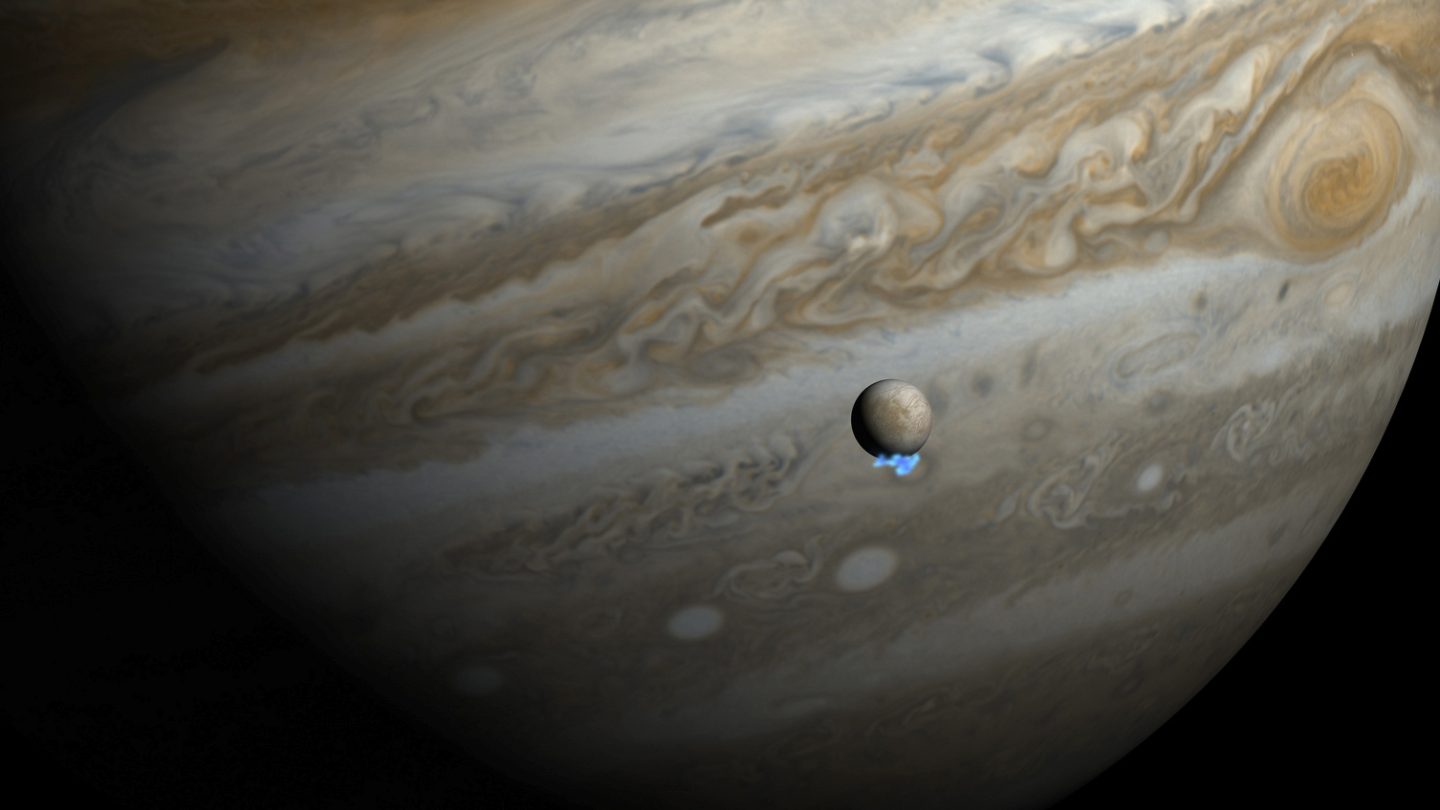 Scientists say there’s a real chance we’ll soon discover proof of alien life in our solar system, but it’s not going to be the kind of aliens you often see portrayed in movies. Instead, we’re talking about water organisms that may find a way to thrive even in the harshest of conditions, such as a saltwater ocean underneath the frozen surface of a planet. If that description sounds familiar, that’s because that’s the kind of planet Jupiter’s Europa is believed to be.

Scientists led by Dr. Xianzhe Jia published a new study in Nature that provides evidence of plumes on Europa. As shown in the concept image below, the existence of plumes on Europa might prove that there’s an actual ocean underneath the surface. And where’s there’s water, heat, and organic materials, as Forbes notes, there may be life.

The planet also has a magnetic field, an oxygen atmosphere, and tectonic plates, all elements that could favor life on the planet. Of course, other factors such as high radiation and freezing temperatures make Europa sound like an inhospitable place, especially for humans or similar lifeforms.

Jia’s team made its discovery by looking at decades-old data from the NASA Galileo mission and searching for any anomalies concerning the magnetic field and particle density measurements that would suggest the presence of a plume. These changes were indeed discovered during a Galileo pass by regions with unusually elevated temperatures on the surface, and the scientists concluded that Galileo may have flown by a plume that was over 600 miles wide.

NASA already plans to explore the planet during its Europa Clipper mission, which will launch in the early to mid 2020s. The new spaceship will get even closer to the planet than Galileo ever did, and will actually explore the plumes and their chemical composition. Galileo flew as close as 250 miles above Europa, while the Europa Clipper will drop to a 16 mile altitude to get better readings.

Tech advancements in the 30 years between the two missions should also help NASA get a better picture of whats out there, beneath Europa’s surface. For example, the Europa Clipper will be equipped with sounding radar that will be able to penetrate miles below Europa’s surface and actually prove whether or not the theorized subsurface ocean exists.