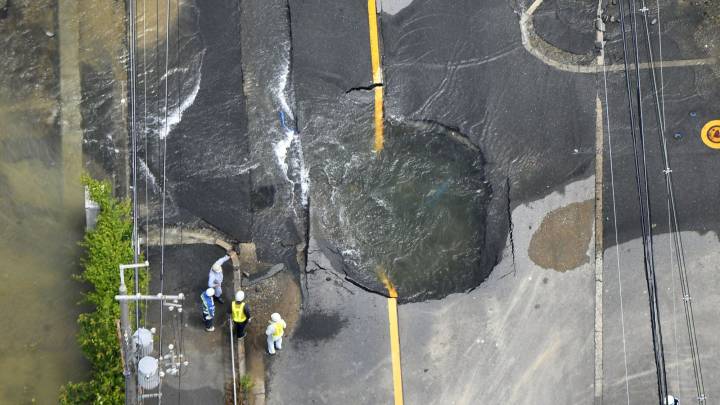 An earthquake struck the island nation of Japan early Monday morning, toppling buildings and causing all manner of distress for residents of the bustling port city of Osaka. Hundreds of people have been taken to hospitals for injuries, and while the death toll remains low at four, officials are worried that may rise as recovery efforts continue.

The quake was one of the most powerful to strike the region in some time. Thankfully, the earthquake was more or less confined to dry land, and did not produce an offshore tsunami which could have compounded the damage.

According to The Japan Times, the deaths that have been tallied thus far were the result of falling concrete walls and in one case a bookshelf. Three of the four victims were in their 80s, while the fourth was a 9-year-old girl who was killed when a wall near a swimming pool collapsed.

In addition to the damage from the shaking itself, the quake sparked “dozens” of fires throughout Osaka and the surrounding prefectures. Gas supplies were cut off to over 100,000 homes and businesses as officials attempted to halt the blazes and prevent further damage and loss of life. Broken water supply pipes made matters worse, and created at least one large sinkhole that was captured by an aerial photographer. Many businesses remain shuttered across the region and subway services are hit-or-miss at best.

The threat from the earthquake itself appears to be over, but the region remains on high alert as rescue efforts continue. Rain is expected in the area, which could further complicate the cleanup and potentially create a new threat due to possible landslides. Officials have yet to venture a guess as to the full monetary cost of the damages, but it would seem to be very, very high.

The singular piece of good news in all of this is that the earthquake doesn’t appear to have affected any of the nuclear power stations in the region. With the horrors of the Fukushima disaster still fresh in everyone’s memory, that’s great to hear.