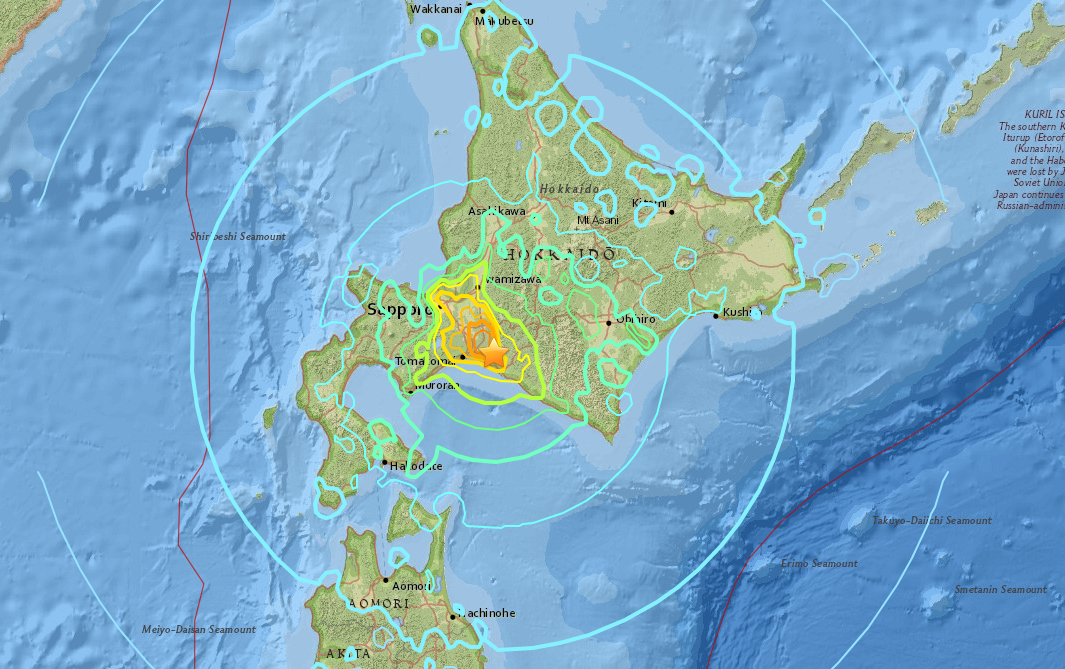 A powerful 6.7-magnitude earthquake rocked the island of Hokkaido in Japan early today. Residents of the island, which is the northernmost large island of Japan, were faced with building collapses as well as massive mudslides that buried many homes situated in a valley.

At the moment, the death toll sits at seven, but there are still a number of people unaccounted. According to local officials, over 150 people were injured in the quake, and the search continues for the individuals who are still missing.

As you’d expect, most travel throughout the region has been placed on hold while officials deal with the situation at hand. Making matters worse for emergency staff is the fact that the quake also knocked out power to much of the region, with close to three million buildings sitting dark as workers do their best to grapple with the damage. Hospitals which are still taking patients have resorted to generators to provide power.

A nuclear power plant on the island also had its power knocked out briefly. With the memory of Fukushima still fresh in everyone’s minds, officials were quick to announce that the facility was running on backup power and that everything was fine. That’s a small bit of good news in an otherwise tragic story.

The quake reportedly came in at a level seven on Japan’s own seismic intensity scale. That’s the highest level possible, and is characterized by people being “thrown by the shaking and impossible to move at will,” with the majority of homes either collapsing entirely or being severely damaged.

One of the biggest issues right now is the mudslide which buried countless homes. An incredible amount of earth has shifted position and tumbled down on residences that were situated below. Digging it up in search of survivors will be a difficult task, and the clock is ticking on rescue crews hoping to find people still alive.