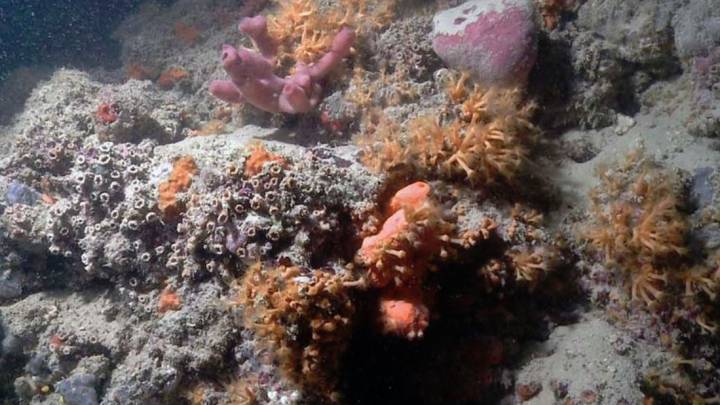 The reef, which is detailed in a new study published in Scientific Reports, isn’t a bustling oasis of sea life sitting just below the surface of some shallow lagoon. Instead, it sits well below the ocean waves, hidden from much of the light beaming down from above.

The coral reef structures we often see in eye-catching images from the Caribbean, Australia, and elsewhere rely heavily on strong sunlight to provide the fuel for the coral to thrive. What makes Italy’s newfound reef so unique — and what likely helped it remain undiscovered for so long — is that it is tucked along the coast in much deeper water.

Because of its location, the reef is built much differently than those we’re more used to seeing. The organisms that facilitate the growth of tropical reefs are largely absent, due mostly to their hunger for sunlight. Instead, stony corals dominate the Italian reef with large calcium structures that are less colorful than we may see in tropical areas, but are similar to other reefs found in deeper water.

“Overall, the studied reef can be considered a unique environment, to be included in the wide and diversified category of Mediterranean bioconstructions,” the researchers write. “The large amount of available suspended organic matter in the area could be the main nutritional source for these species, as already suggested in the literature referred to Mediterranean cold-water corals.”

The reef, which stretches for less than two miles along the Italian coast of the Adriatic Sea, might not be the next big tourist attraction, but its discovery is certainly worth celebrating.