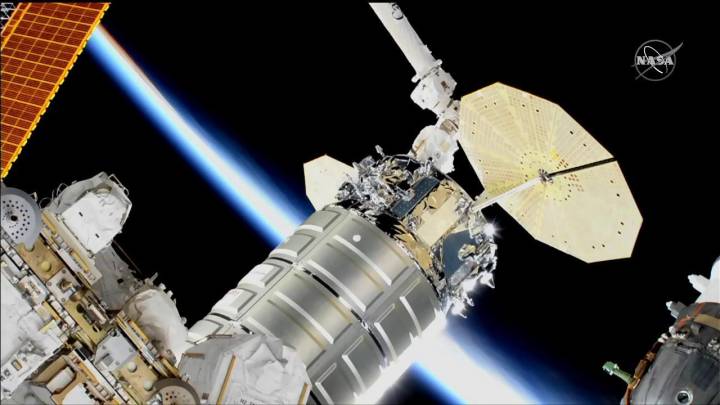 The international Space Station is already quite large, but it just got a little bit bigger as the ISS crew successfully installed the Cygnus cargo ship with the help of a high-tech robotic arm. The ship, which was launched into space via an Antares rocket on Saturday, will remain attached to the space station for several months.

The ISS gets regular resupply shipments that bring all kinds of vital goods to the crew, such as food, water, and oxygen. Those missions also deliver new instruments and experiments that are used to conduct research in space. However, unloading supplies isn’t as simple as dragging a few bags in from the grocery store, which is why the ships often remain docked to the space station for extended lengths of time.

In total, roughly 7,400 pounds of goods were delivered to the space station from this one resupply mission, but the Cygnus ship has another extremely important role to play in the coming months.

As the supplies are transferred to the space station, the ship will essentially become a giant trash can for the crew. There’s no garbage service in space, so astronauts have to use every opportunity they have to dispose of things they use up or no longer need. In this case, the ship will be filled with garbage, and after it separates from the space station a few months from now, it will carry that garbage into Earth’s atmosphere where the intense friction will incinerate the ship and everything inside.

According to NASA, the ship will perform one last duty before it bites the dust in the near future. After separating, the ship will deploy some tiny CubeSat satellites into Earth orbit before tumbling back down and smashing into the atmosphere. Neat!