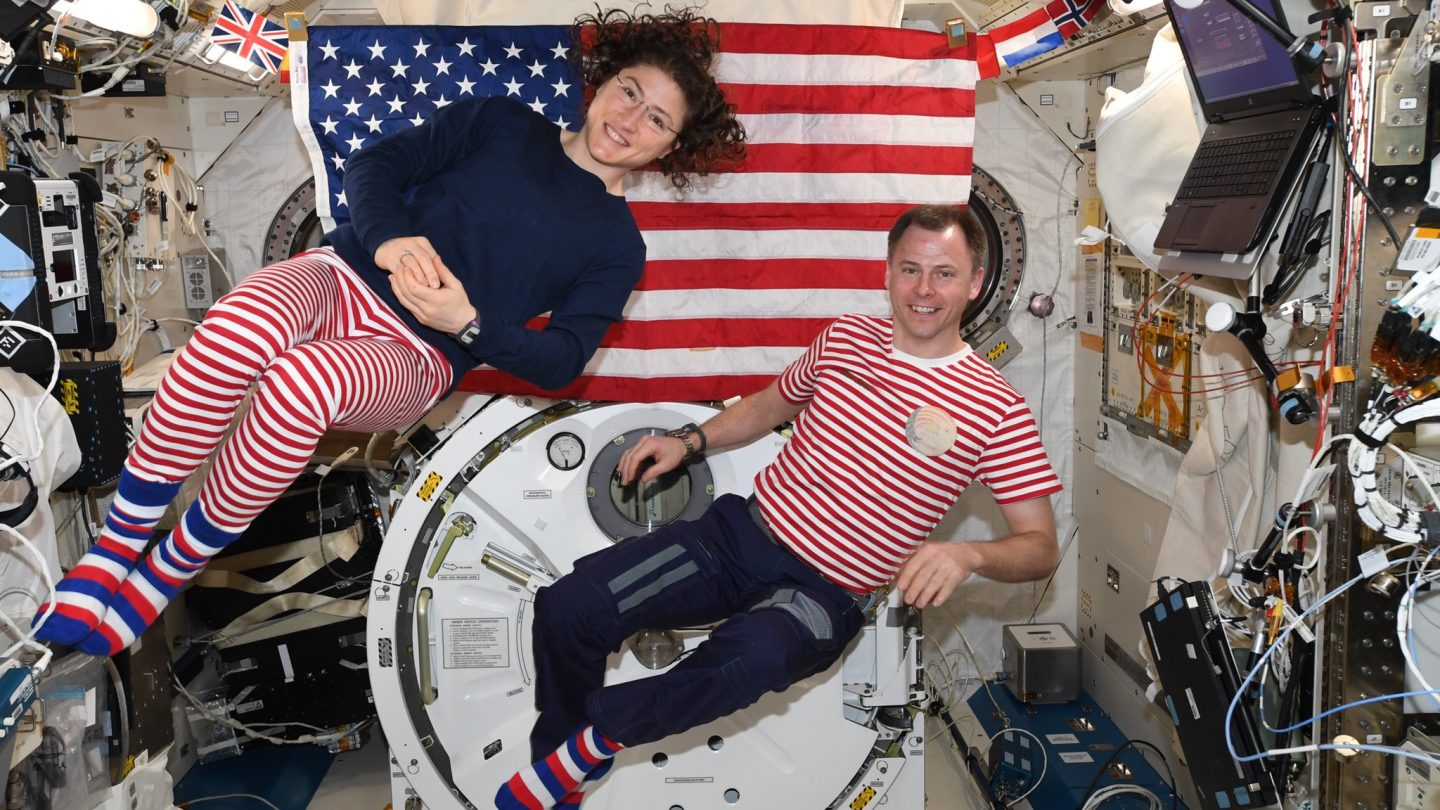 Donning a NASA patch and flying to the International Space Station is an incredible honor, but with it comes many sacrifices. Not only do astronauts have to leave their friends and family for extended periods of time, they also miss out on a lot of the things that most of us take for granted.

For NASA astronauts Christina Koch and Nick Hague, their current mission aboard the ISS meant celebrating the 4th of July without fireworks. That didn’t stop them from enjoying the day, however, and the pair shared their Independence Day downtime with the public via Twitter.

“Sporting our red, white, and blue on @Space_Station!” Hague tweeted. “Planning a ‘cookout’ tonight. Beef patties, corn, blueberry cobbler, and lemonade are all on the menu – tasty and ready in under 15 minutes. Hoping to catch some fireworks out the window later.”

Hague’s tweet was accompanied by a photo of himself and his fellow NASA scientists sporting red, white, and blue garb with the country’s flag in the background.

Koch fired off her own salute to the United States with a nod to Philidelphia as the Space Station passed over the city, allowing for a timely snapshot from above.

Commemorating the #4thofJuly from @Space_Station as we pass over the city of Philadelphia, where the words of the Declaration of Independence were adopted on this day. ⁣ pic.twitter.com/DBCQ63dlEg

The ISS completes one full orbit of Earth every hour and a half, giving the crew endless opportunities to soak in the view. Unfortunately, the distance makes it very difficult for those aboard to see even the largest fireworks displays from their vantage point.

The two scientists just wrapped up Expedition 59 aboard the ISS, and three of their fellow Space Station crew members returned to Earth not long ago. They are now waiting for the next wave of astronauts to arrive and join them for Expedition 60, which is slated to last until October 3rd, 2019. The trio of new Space Station travelers is expected to arrive on July 20th.