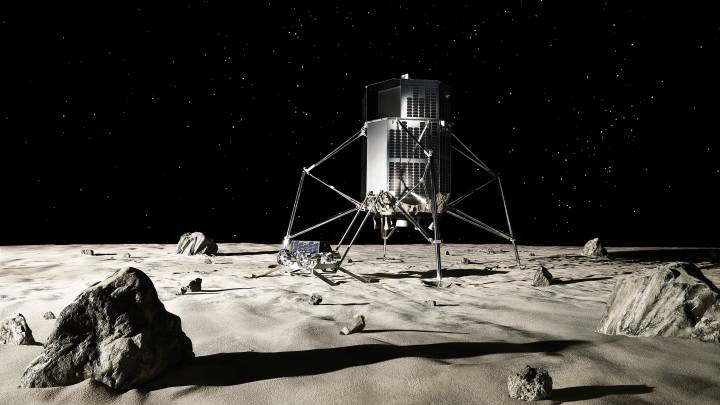 SpaceX certainly has a lot on its plate already, with its BFR rocket under construction, a deadline with NASA, and a space tourist program all coming very soon, but it’s still striking new deals despite its packed schedule. In a new announcement, lunar robotics company ispace (yes, the tiny “i” is intentional, don’t ask me why) has just announced that it’s teaming up with SpaceX for a its first missions to the Moon.

The company says that SpaceX will deliver its lunar lander and rovers to the Moon on Falcon 9 rockets in a pair of missions split between 2020 and 2021.

If the name ispace doesn’t ring a bell it’s because the company itself is fairly new, but it definitely has some history. It was born out the Google Lunar XPRIZE competition — which ultimately ended without a true winner — and ispace is now managing Hakuto which was one of the finalists still toiling away at its lunar robotics concepts.

Positioning itself as a frontrunner in Moon exploration, ispace fancies itself “a company developing robotics for lunar delivery and resource exploration.” However, it still obviously needs the oomph to deliver its hardware to the Moon, and that’s where SpaceX comes in.

“We are entering a new era in space exploration and SpaceX is proud to have been selected by ispace to launch their first lunar missions,” Gwynne Shotwell, SpaceX President, said in a statement. “We are looking forward to delivering their innovative spacecraft to the Moon.”

The missions will be flown under a program titled Hakuto-R. “Hakuto” is a reference to a Japanese folk tale about a white rabbit on the Moon, and the “R” stands for “reboot,” according to ispace.