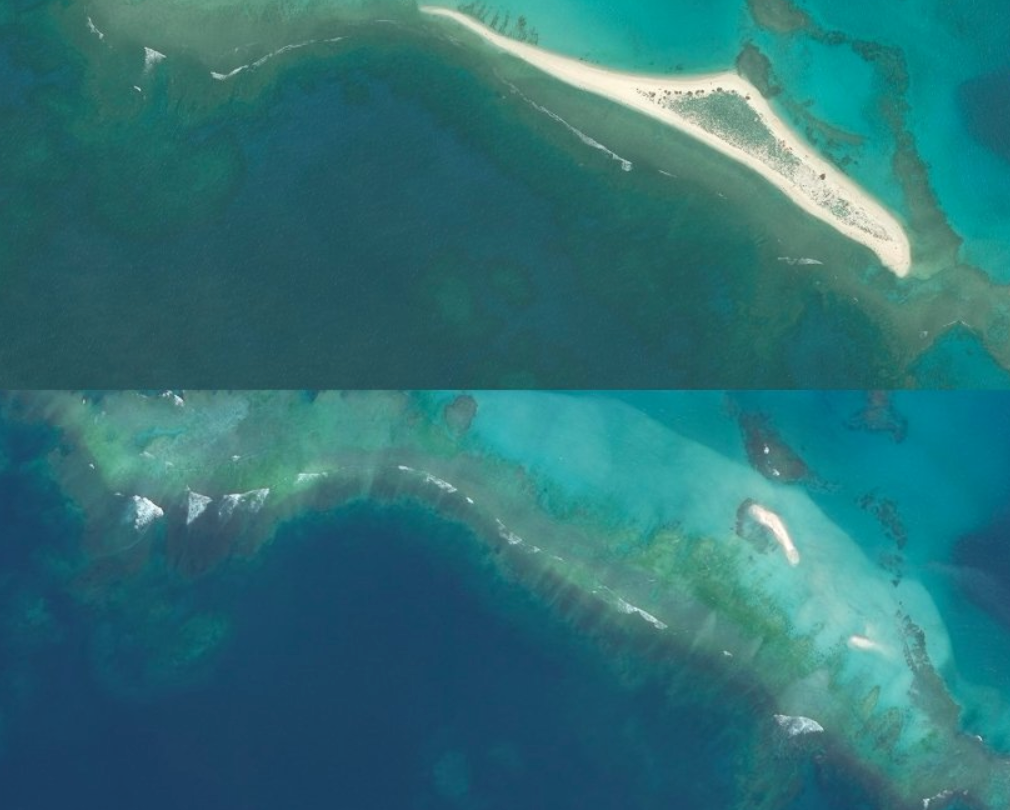 When a hurricane rolls ashore here in the United States we see devastation in the form of buildings toppled, incredible flooding, and the collapse of infrastructure. Depending on the strength of the storm, the severity of the damage ranges from being a mild nuisance to an utter catastrophe, but there’s always land left to rebuild on. That’s unfortunately not the case for Hawaii’s tiny East Island.

The pint-sized stretch of sand and foliage has been claimed by the sea after being run over by Hurricane Walaka as it powered pasted Hawaii a few weeks ago. As the Guardian reports, newly-released satellite images reveal that there’s literally nothing left of the island.

The island, which measured approximately 11 acres, wasn’t settled by humans but it did serve as a remote oasis for a number of different animal groups including some endangered species. As you can see, any animals living there will now need to find somewhere else to go:

Chip Fletcher, a University of Hawaii scientist, wasn't surprised a hurricane — made more intense due to #climatechange — had wiped out East Island in the northwestern Hawaiian Islands, home to endangered seals and sea turtles. But he didn't expect it this soon. #hinews @noaa pic.twitter.com/ejcGuh0XMF

The island was indeed tiny, but it stuck around for a long while prior to its unfortunate brush with the hurricane. Researchers believe the island formed at least a thousand years ago, perhaps much longer, but it’s all gone now.

It’s incredibly unlucky for scientists who were hoping to monitor its status as worldwide sea levels rise due to human-caused climate change. Speaking with the Guardian, University of Hawaii processor of earth sciences Chip Fletcher was dismayed.

“We wanted to monitor the island so we are disappointed it has gone, but on the other hand we have learned these islands are far more at risk than we thought,” Fletcher said. “I thought the island would be around for a decade or two longer, but it’s far more fragile than I appreciated. The top, middle and bottom of it has gone.”

It’s an incredibly unfortunate development but the island can be seen as a canary in the coal mine, so to speak. We know that big storms on Earth are getting stronger over time and the increase in intensity has been linked to global warming. Constantly rebuilding coastal communities when storms wipe them out is a taxing endeavor, and if we don’t curb our impact on the environment those storms will continue to do more and more damage over a wider area, potentially pushing their destructive might farther inland than we have ever seen before.