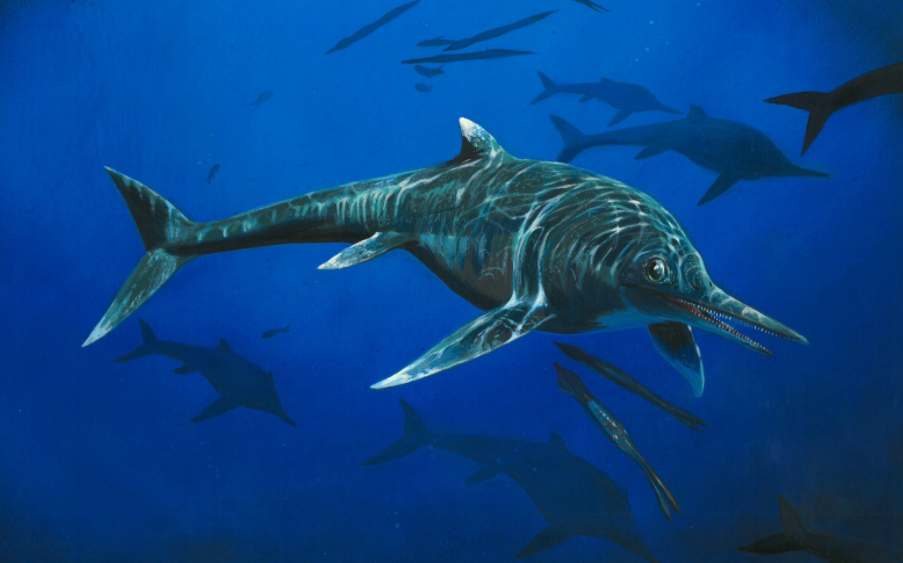 Fossil hunting can be a tricky thing, especially when you’re searching for examples of a new species whose existence is still in question, but paleontologist Dean Lomax caught a huge break when he stumbled upon a rare ichthyosaur fossil which had actually been discovered over two decades earlier. The fossil is from Wahlisaurus massarae, but up until Lomax stumped upon it in the hands of fossil collector Simon Carpenter nobody was sure if the creatures were actually a new species at all.

The story of Wahlisaurus massarae goes back to 2016 when Lomax was studying an ichthyosaur skeleton housed at the New Walk Museum and Art Gallery in Leicester, England. He quickly realized the creature’s bones were slightly different from already-documented ichthyosaur species and made the bold declaration that the bones were from a new species entirely. As Lomax describes, not all of his peers were buying into the idea.

“When Wahlisaurus was announced, I was a little nervous about what other palaeontologists would make of it, considering the new species was known only from a single specimen,” Lomax explains. “As a scientist you learn to question almost everything, and be as critical as you can be. My analysis suggested it was something new, but some palaeontologists questioned this and said it was just ‘variation’ of an existing species.”

To prove that the creature was indeed a separate species Lomax would need more than just a single specimen, and he found what he was looking for in Carpenter’s collection. An ichthyosaur fossil recovered back in 1996 caught Lomax’s attention and it wasn’t long before he determined it had the same unique features as the previous Wahlisaurus skeleton.

“You can only imagine my sheer excitement to find a specimen of Wahlisaurus in Simon’s collection,” Lomax says. “It was such a wonderful moment. When you have just one specimen, ‘variation’ can be called upon, but when you double the number of specimens you have it gives even more credibility to your research.”

Lomax’s paper on the newly re-discovered fossil evidence, which was published in the Geological Journal, should be more than enough to convince the skeptics that a new dinosaur species belongs in the books.