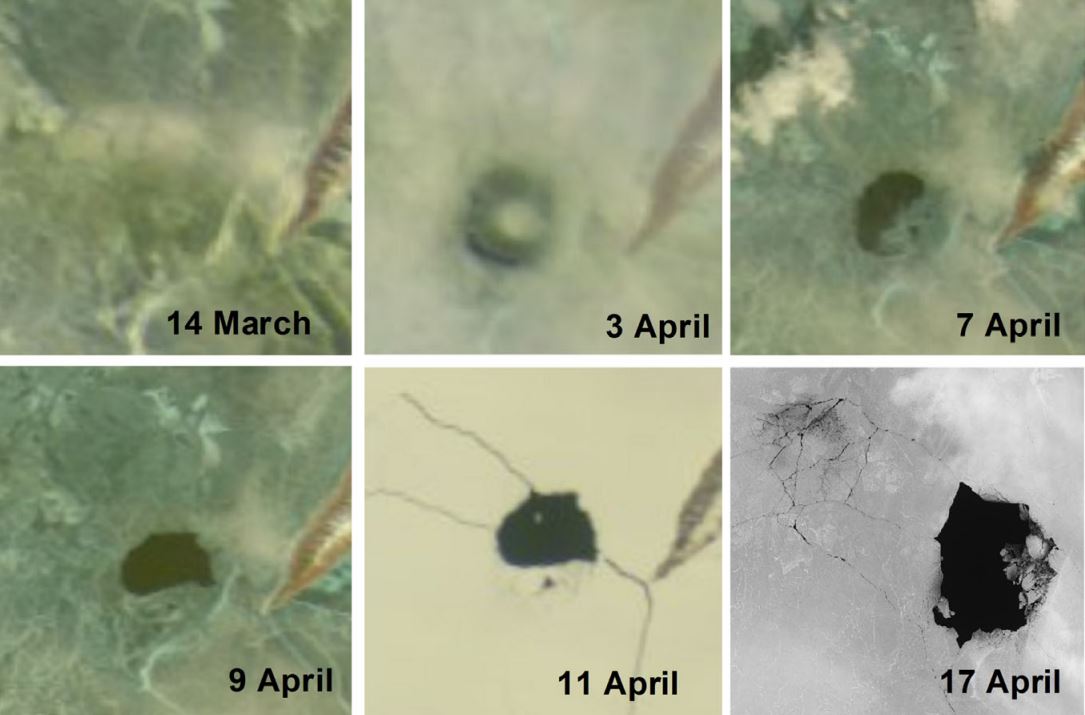 For several decades now, the world’s largest freshwater lake held a mystery that left scientists scratching their heads. Lake Baikal, located in Russia’s frigid Siberia, freezes over every winter. But the ice sheet that forms on the lake isn’t perfect, and strange rings and holes in the ice are regularly seen, defying explanation.

As LiveScience reports, researchers once believed methane bubbles rising from the lake floor were to blame, but a new research effort appears to have uncovered the true nature of the phenomenon. As it turns out, warm water beneath the ice is the real culprit.

To get a better idea of what was going on beneath the ice, researchers traveled to the lake multiple times over several years, placing sensors in the water near where the ice rings popped up. Gathering that data wasn’t exactly as simple as it sounds, however, and the thin ice around the ice rings actually caused the scientists’ vehicles to get stuck on more than one occasion.

The ice rings and holes that form have lifespans that can vary wildly. They aren’t easy to forecast and tend to pop up at random and then freeze over again as rapidly as within days, while others last for months.

After multiple trips to gather their data, the researchers were able to paint a clearer picture of what was going on beneath the ice. Warm water flowing beneath the lake ice twists and swirls, and when these warmer-than-usual eddies generate a circular flow, the ice melts in a similar pattern. The difference in temperature of the warmer water is minor, only between 2 and 4 degrees Fahrenheit warmer than the surrounding water, but that’s enough to melt the ice and create tiny temporary ice islands in the lake.

To keep lake visitors safe during the chilly months, the location of various ice rings are documented and tracked.