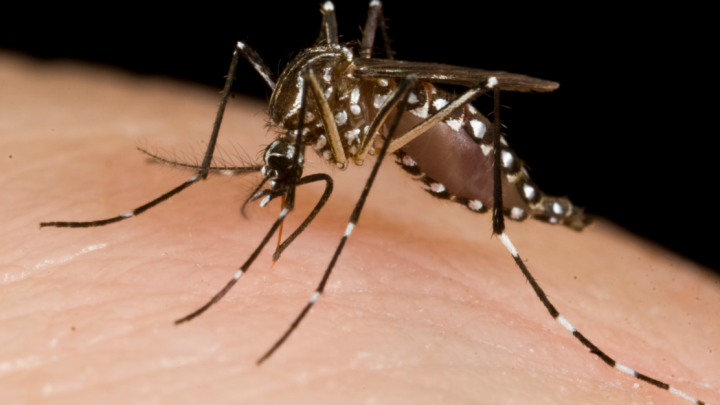 Hurricane Florence tested the resolve of the Carolinas when it made landfall earlier this month, claiming dozens of lives and displacing thousands of coastal residents. People who live along the East Coast know that they’ll have to deal with hurricanes from time to time, but what Florence left in its wake is taking some by surprise.

As North Carolina gets back on its feet and continues recovery efforts in some of the hardest-hit areas, the residents of the state are doing so in the face of an army of mosquitos brought about by the torrent of water that filled every nook and cranny.

Mosquitos need water to reproduce. The pesky insects deposit their eggs in still water where the larva grow and eventually take flight, searching for warm blood to feast on. When a storm like Florence lands on an area it deposits water into every low-lying area, forming large pools where the bugs can raise their brood.

Likewise, any containers that are laying around, like wading pools, wheelbarrows, or even watering cans and cups, can host mosquitos looking to lay their eggs. Those eggs hatch and before long the clouds of mosquitos become unbearable.

“It didn’t hit automatically. It was more gradual,” North Carolina resident Cassie Vadovsky told USA Today. “It took maybe 3 or 4 days after the storm passed before it got to this epidemic level. And I’m not even on the side of town that had the major flooding. Imagine how bad it could be over on that end.”

As an added bonus for the mosquitos, previously-dormant eggs that didn’t have enough moisture to mature get a big boost from storms like Florence, dramatically increasing the number of the insects hatching all at the same time. These factors combine to creature a situation where lots and lots of hungry mosquitos are looking for food, and with residents working outdoors to repair damage from the hurricane, it’s a terrible combination.