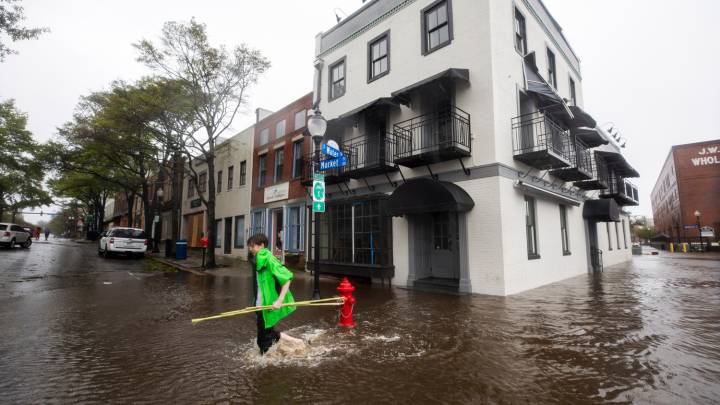 Although Hurricane Florence’s immediate impact on the Carolinas wasn’t as bad as some people expected, the rains that have been falling on the East coast for the last few days have brought flooding that seems decidedly Biblical. Wilmington, North Carolina, a city with a population of 110,000 people and an international airport, has been cut off from the rest of the world by flood waters. People have already died, and were it not for the heroic actions of hundreds of volunteers, more lives would be in peril.

The power and danger of slow-moving flood water isn’t as easy to visually grasp as, say, a news reporter braving vicious winds to demonstrate the effect. But thanks to professional and amateur photographers, you can at least get some sense of the devastation that Hurricane Florence is leaving in its path.

The flooding is coming from rivers, rather than the ocean, thanks to the feet of rain that have fallen since Thursday night. In Wilmington, the roads, airport, and sea port are all closed, with no way in or out of the city. Power is still out for the majority of residents, and the ongoing flooding will make it difficult for the power company to begin work to restore downed lines. The Cape Fear river is not predicted to crest until Tuesday or Wednesday, so there’s no immediate hope on hand for residents.

Update: flood erosion of I40 in Wilmington, NC continues with water flow forced UNDER new channel beneath the highway @breakingweather @accuweather #Florence pic.twitter.com/LvSMFccYLn

Food, water, and gasoline are still in short supply for residents who remained. A curfew is in place, with residents instructed to stay off the streets between 8PM and 6AM to mitigate looting. Residents are still queuing at the few remaining stores (and restaurants) that are open: 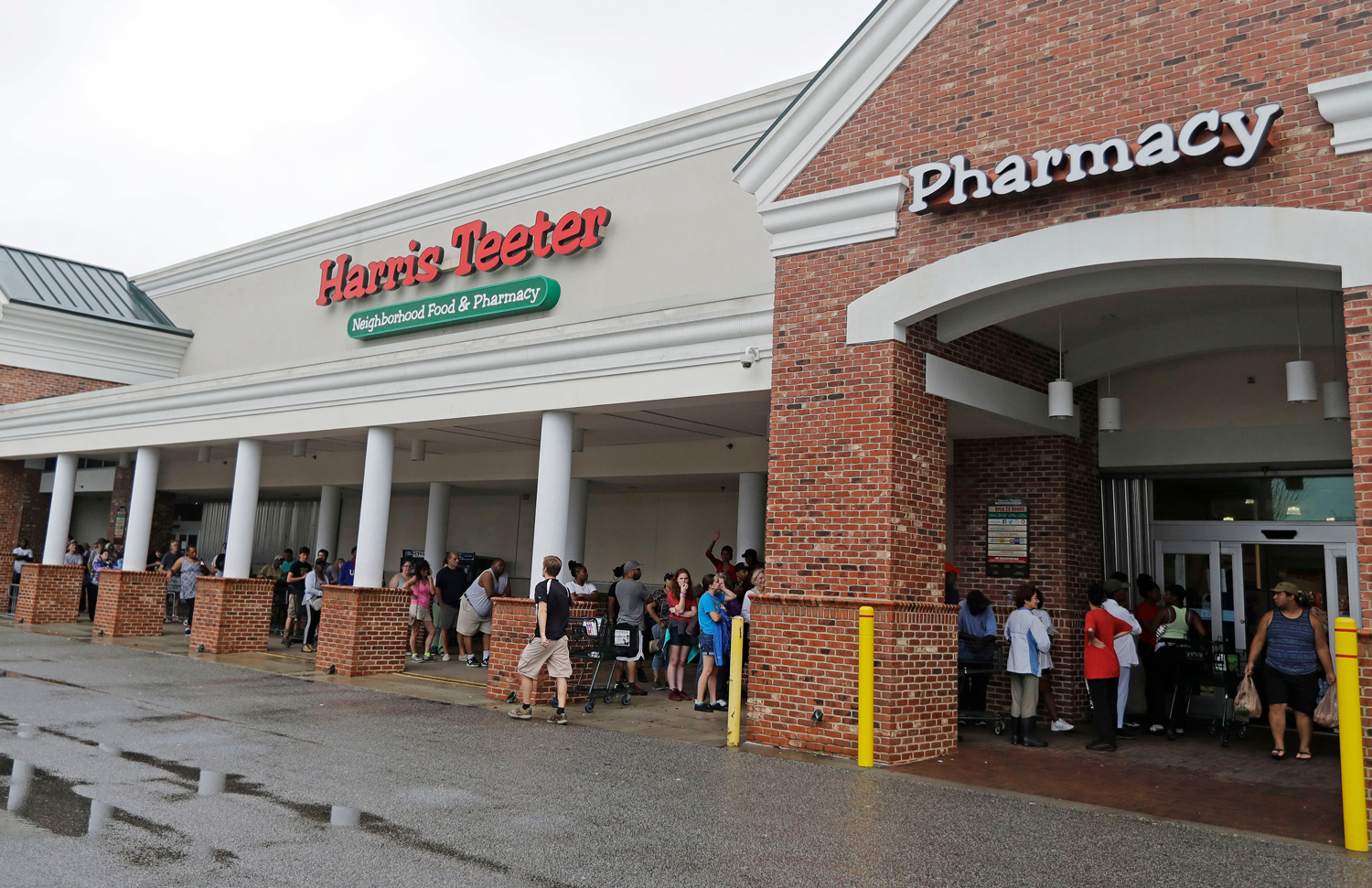 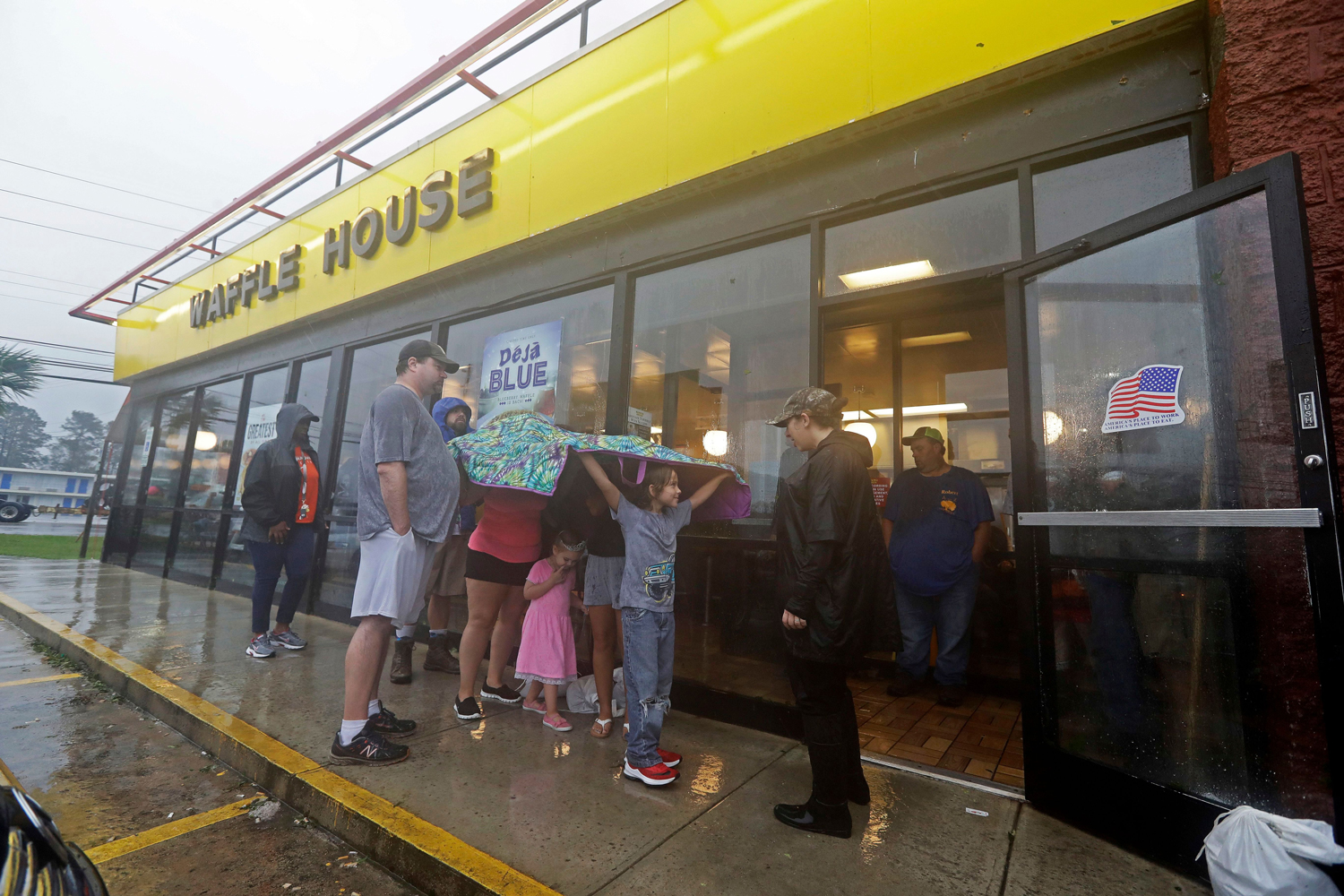 The effects of flooding are also being felt well outside of Wilmington, with much of North and South Carolina also affected:

Wow. #Durham’s Northgate Park is underwater. One man who has lived in this neighborhood for years says last time he saw it like this was during Fran. #WRAL @WRAL pic.twitter.com/TmEeC5mCT9

WATCH: Drone footage shows flood damage to 40-50 houses in the Stoney Creek Plantation in Town Creek, N.C. The flooding was due to heavy rain brought by the remnants of #Florence.

This is what the water rushing into Lumberton, NC from the overflowing Lumber River looks like right now. Note: It’s flowing into the poorest parts of town (and Lumberton is already one of the poorest towns in the US). This is expected to continue for a week pic.twitter.com/kM8ipuAww7