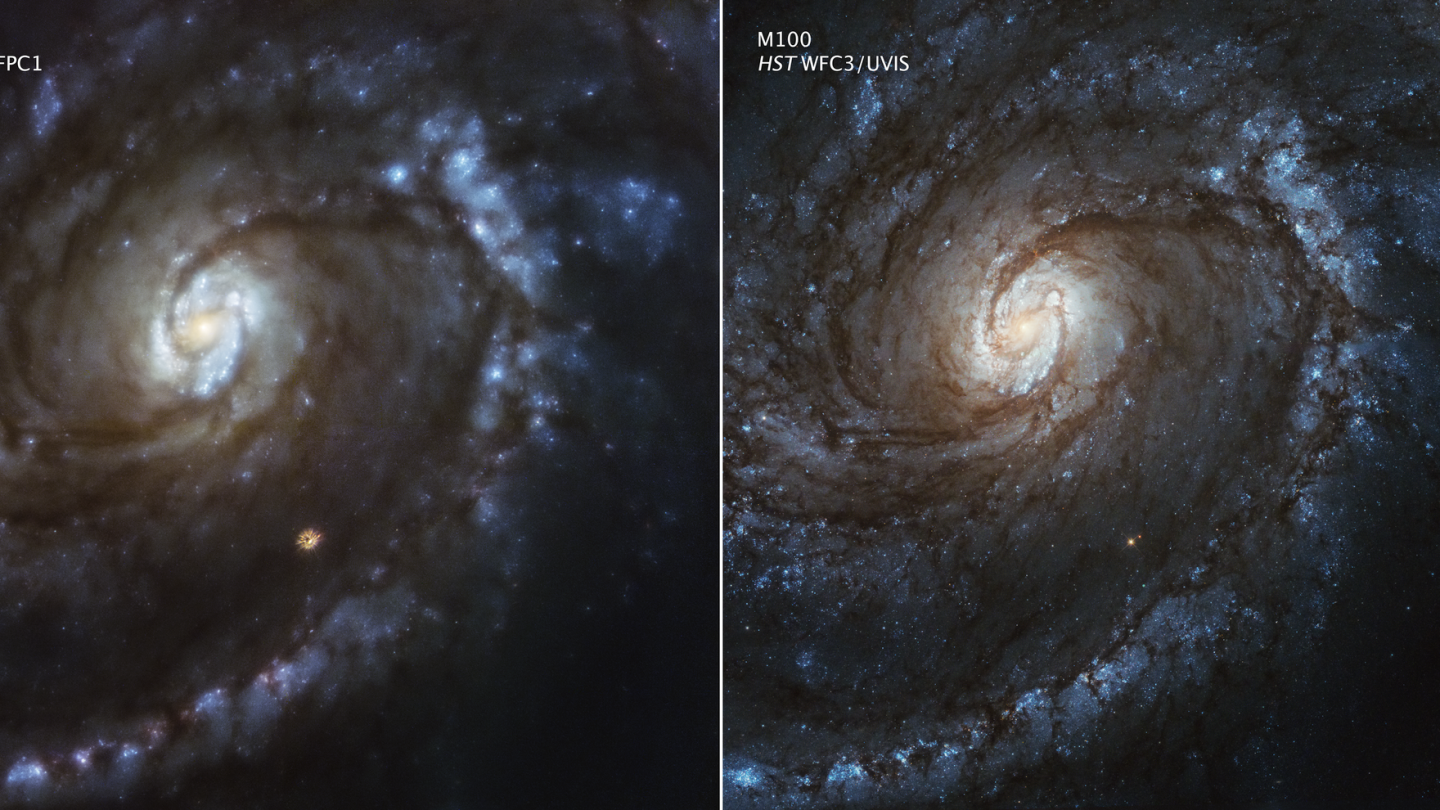 Hubble consistently delivers gorgeous images of the cosmos as its handlers point it at distant galaxies and star clusters, but its imaging capabilities weren’t always so breathtaking. The telescope was launched way back in early 1990, and for the first few years of its life, it severely underperformed its high expectations.

You see, a flaw in the telescope’s mirror led many of its images to come out blurry, and it wasn’t until the lens was in orbit that scientists realized just how bad it was. In 1993, NASA decided to fix it, and now, as the agency celebrates the 25th anniversary of the first Hubble servicing mission, we can look back and see how well they did.

As NASA explains, Hubble was so groundbreaking that at the time they weren’t sure just how much better the pictures would get after the mirror had been equipped with hardware to correct the distortion. They knew the images were bad at the time but just how much they could improve was still unknown. So, they took before and after shots of a number of distant sights in space in order to compare them side by side with both the flawed mirror and the new one.

As you can see both in the image at the top of the page and the one directly above, it’s a dramatic difference. Seen on its own, the images on the left hand side of the comparisons are neat but, with the added context of how good they could have been, we can see just how much the faulty mirror was holding the telescope back.

“The picture had to be taken before astronauts swapped out the camera with the vision-corrected Wide Field and Planetary Camera 2, in December 1993,” NASA explains. “Following the servicing mission Hubble photographed the galaxy again, and it snapped into crystal clear focus. The public celebrated with Hubble’s triumphant return to the clear vision that had been promised. Jaw-dropping pictures of the vast universe that followed have not disappointed space enthusiasts.”