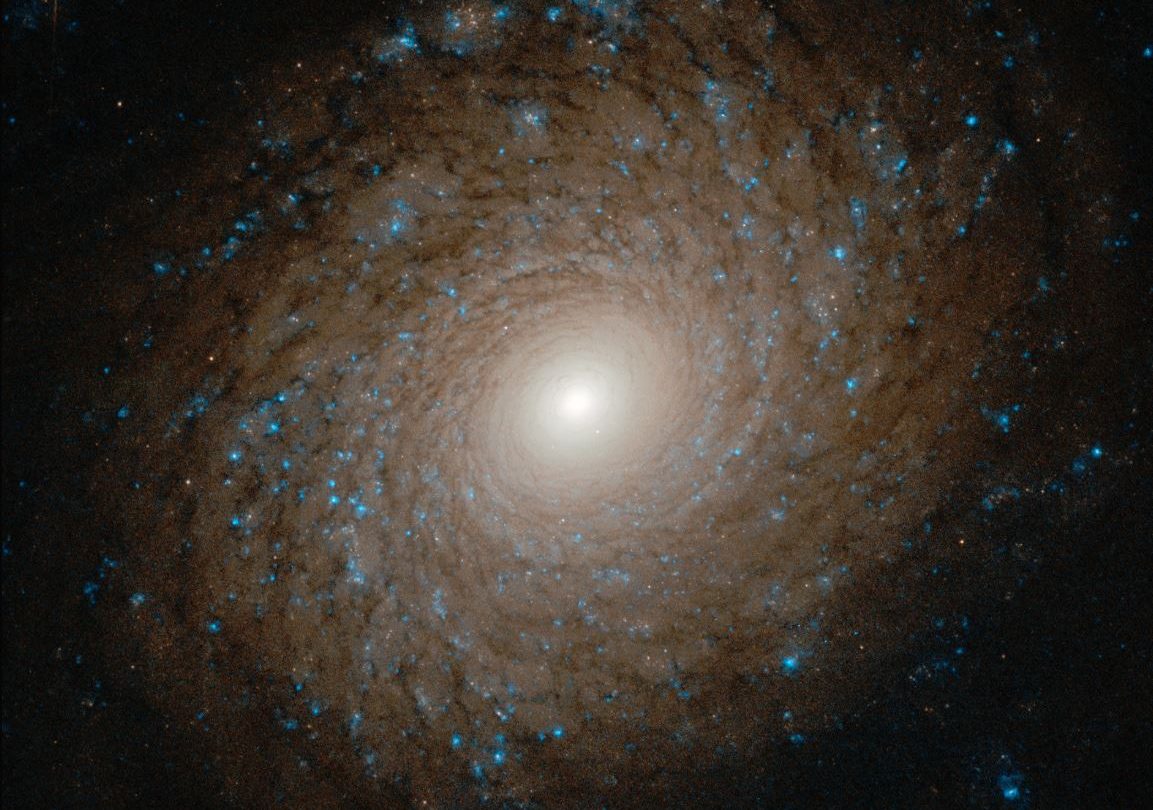 Thanks to the nature of light and the fact that it can only move so fast, peering at objects far away means that astronomers can effectively look back in time. Well, “can” is a bit of an understatement since they’re quite literally forced to see things as they were, based on how far away the subject they’re observing is.

In the case of the Hubble Space Telescope’s observations of the distant spiral galaxy NGC 2985, that means seeing the galaxy as it was over 70 million years ago. In a new blog post, NASA highlights a particularly stunning image of the far-away galaxy, and it sure is pretty.

The galaxy is at a perfect orientation for astronomers on Earth to see its incredible structure, with wide arms spreading out into space.

The intricate, near-perfect symmetry on display here reveals the incredible complexity of NGC 2985. Multiple tightly wound spiral arms widen as they whirl outward from the galaxy’s bright core, slowly fading and dissipating until these majestic structures disappear into the emptiness of intergalactic space, bringing a beautiful end to their starry splendor.

NASA says that galaxies like this have a habit of running into other galaxies, slamming their arms into one another and eventually merging into a single form.

The Milky Way is also a spiral galaxy and it’s believed that it will merge with the galaxy Andromeda in the distant future. These mergers happen over huge periods of time, and it won’t begin for around 4.5 billion years.

Hubble, which is one of the most reliable scientific tools in NASA’s arsenal, is rapidly approaching its 30th year in service. The telescope will eventually be outpaced by newer hardware, but if it continues to churn out amazing images like this one it’ll be a while before scientists say goodbye.