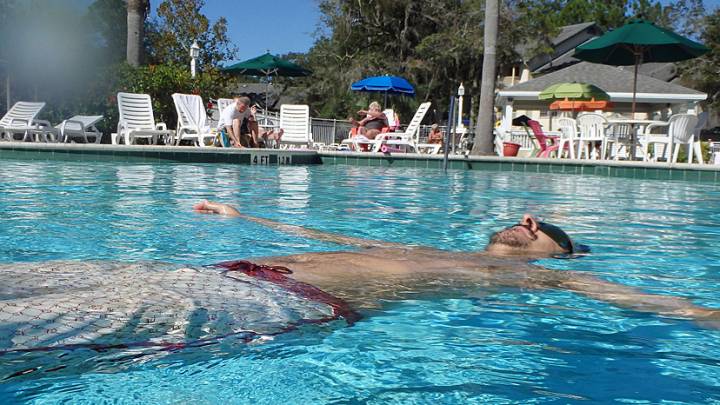 There are two types of people in this world: people who admit they’ve peed in a pool and liars. Okay, so maybe not everyone has actually urinated while swimming, but every pool has at least a little bit of pee in it, and science just confirmed it. A new study out of Canada used a new pee detection method to determine how much of the water in a typical swimming pool is, on average, actually urine. If you’re pee-phobic, this would be the time to stop reading.

The study, which sampled over 30 pools in total, used acesulfame potassium (ACE), which is found in many processed foods and is excreted through the urine in its original form. By detecting the levels of ACE in pool water the researchers could easily estimate the amount of pool water that was actually pee. When the scientists completed their survey they came to an unfortunate conclusion: There’s pee in every pool.

The good news is that while there was indeed urine in every sample tested, the levels of pool pee were relatively low — you’re not swimming in a used toilet. The pee percentage ended up being approximately 0.00009%, or about 250 liters of urine in an Olympic-sized swimming pool.

However, in addition to testing the pools, the researchers tested samples from eight hot tubs, including those in hotel pool areas, and the results were even more disgusting. The team found the levels of ACE to be dramatically higher than the readings from the swimming pools, meaning the hot bubbling water was even more pee-saturated. The lesson is here is to hop in the pool and skip the Jacuzzi.