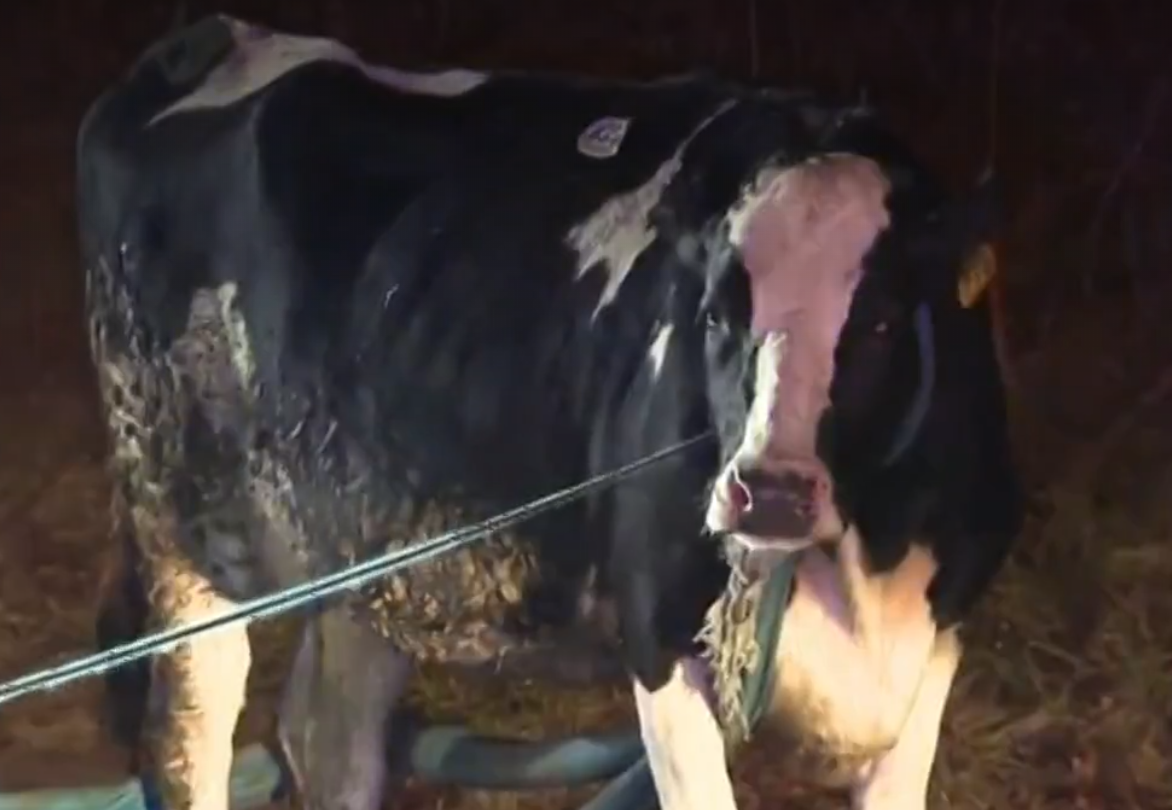 Winter driving can be a real pain in northern states, but drivers on New Jersey’s Route 19 had to deal with a very different kind of hazard on Thursday morning. Instead of snow drifts running across the highway, it was a runaway cow that prevented vehicles from moooving along.

Drivers did their best to steer clear of the loose farm animal, but it wasn’t long before police had beef to settle. As WLNY reports, the creature’s low-speed jaunt down the highway took place at around 4 a.m. local time.

The cow, doing its best to milk its newfound freedom for all it’s worth, seemed rather content to stroll down the side of the highway as cars did their best to avoid striking it. The bovine was eventually snagged and then attached to a tow truck to be transported.

Traffic was backed up for around an hour according to police but, while the steaks are always high in a chase like this, no accidents were reported. The cow appeared to be in fine health when it was finally apprehended.

Apparently nobody actually reported the animal missing, so police were still searching for its owner when the first reports of the bizarre incident were published. How it got out and how far it traveled are still big question marks, but the animal is equipped with a tag which might make the hunt for its home a bit easier.

The udderly ridiculous scene was thankfully captured on video by reporters, and seeing the cow trotting down the pavement with a full police escort is truly a hilarious sight. We’re glad to see the animal was safely corralled and hopefully it’s reunited with its owner soon.