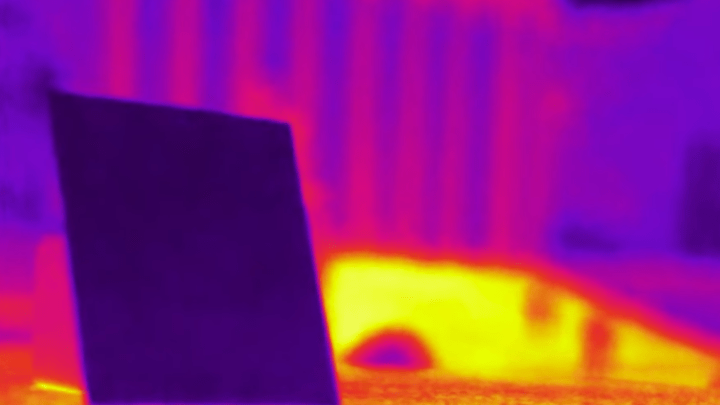 Managing temperatures in particularly hot and sunny climates can be very difficult even today. You can use air conditioning to displace the heat from inside structures and vehicles, but it sucks up so much power and can generate pollution that ultimately makes temperature problems even worse.

Now, a team of scientists from Columbia Engineering have developed what could be a much more efficient solution for keeping things cool, and you can spray it on just about anything.

In a new paper published in Science, the researchers describe how they came up with a paint-like coating that facilitates what is known as “passive daytime radiative cooling,” or PDRC for short. PDRC occurs when a surface can efficiently radiate heat and reflect sunlight to a degree that it cools itself even if it’s sitting in direct sunlight.

Blindingly white paint is often thought of as a simple way to keep something cooler in the sun than it might normally be, but as Columbia explains, it’s not nearly as effective as it could be. Pigments in paint tend to absorb certain wavelengths of light even if they’re lightly colored, so the researchers had to come up with something different.

Their newly-invented coating has “nano-to-microscale air voids that acts as a spontaneous air cooler,” which is a very technical and fancy way of saying that the coating is great at keeping itself cool all on its own.

“The air voids in the porous polymer scatter and reflect sunlight, due to the difference in the refractive index between the air voids and the surrounding polymer,” Columbia writes in a post. “The polymer turns white and thus avoids solar heating, while its intrinsic emittance causes it to efficiently lose heat to the sky.”

It sounds great, but the best news is that it can be applied to just about anything, from cars to spaceships and even entire buildings. The team believes their invention would be an invaluable resource for developing countries in sweltering climates where air conditioning is impractical or unavailable.