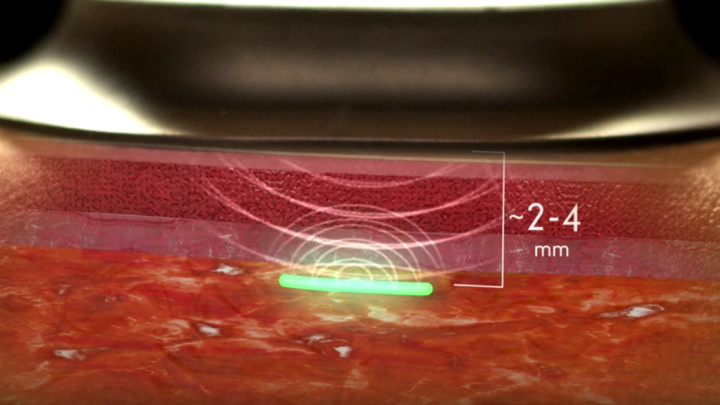 Your smartphone is already the center of your day-to-day life. It’s your primary communication tool, it helps you keep track of your schedule, and it entertains you when you’re bored. Unfortunately, for all its power it still doesn’t know a whole lot about you, or more specifically your body. Smartwatches and fitness bands have helped a bit in this regard, but doctors are hoping to take health tracking to a totally new level with implantable sensors that can relay vital health information to your phone where you can make the most use of it.

The sensors, which are made of a soft hydrogel similar to soft contact lenses, can be slid under the skin without risking a reaction by the body. Once implanted, the sensors measure levels of various components of the blood, called analytes, with each sensor having a specific job. For example, one sensor may measure oxygen level while another detects glucose. A small gadget is then placed against the skin which measures the concentration readings of each sensor and then fires that data to a smartphone or computer.

The scientists behind the sensor system presented their work at a recent meeting of the American Chemical Society. The group already has already begun the steps to commercializing the system in Europe and are currently awaiting approval for sale in the United States. The system is being marketed under the Lumee brand by Profusa, and the company has produced a video showing all the ways they believe it can change health tracking.

The company says the sensors last an incredibly long time, and while they only promise “several months” of medical data, the doctors claim that the sensors first tested on volunteers four years ago still work today. That’s some seriously long-term tracking, and if the system works as hassle-free as the research suggests, its seems pretty promising.

The Lumee system is currently being tested by the Food & Drug Administration, which is always the biggest hurdle for medical devices hoping to become commercial in the United States. There’s no timeline for when the system could be available to patients, but once it lands the thumbs up from the FDA it shouldn’t be long.