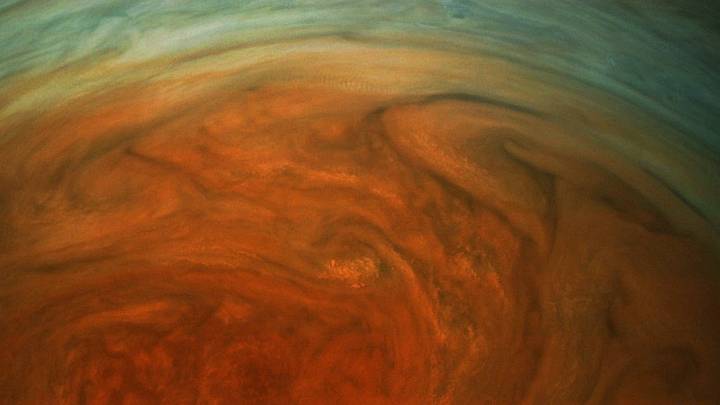 Jupiter’s Great Red Spot is one of the most easily-recognizable features of any planet in our solar system. The rusty red-orange blob is featured prominently in most images of the planet, and its size is truly staggering. In recent years, however, scientists have noticed a troubling trend that might suggest the storm is dying.

Recent images of Jupiter show “flakes” of the Great Red Spot splitting off and dying. These wispy arms of the storm fade, making the storm appear as though it’s slowly shrinking. There are some researchers who don’t agree with that assessment, and Philip Marcus of UC Berkeley says that there’s no reason to believe the GRS is indeed on its way out.

Marcus, who will be presenting the findings at an upcoming meeting of the American Physic Society’s Division of Fluid Dynamics, argues that the “flaking” activity we see isn’t indicative of a dying storm. He believes that small-scale cloud activity interacting with the GRS causes occasional disruptions in its flow, forcing sections of the spot to flake off.

Previous claims by scientists, including from NASA’s own Jet Propulsion Laboratory, suggested that the Great Red Spot was rapidly dying out. Some claimed we might even see the storm completely fizzle out within our lifetimes. The thing about observing century-long storms on other planets is we haven’t had the technology to observe them over the long term, making forecasting such things a bit of a guessing game.