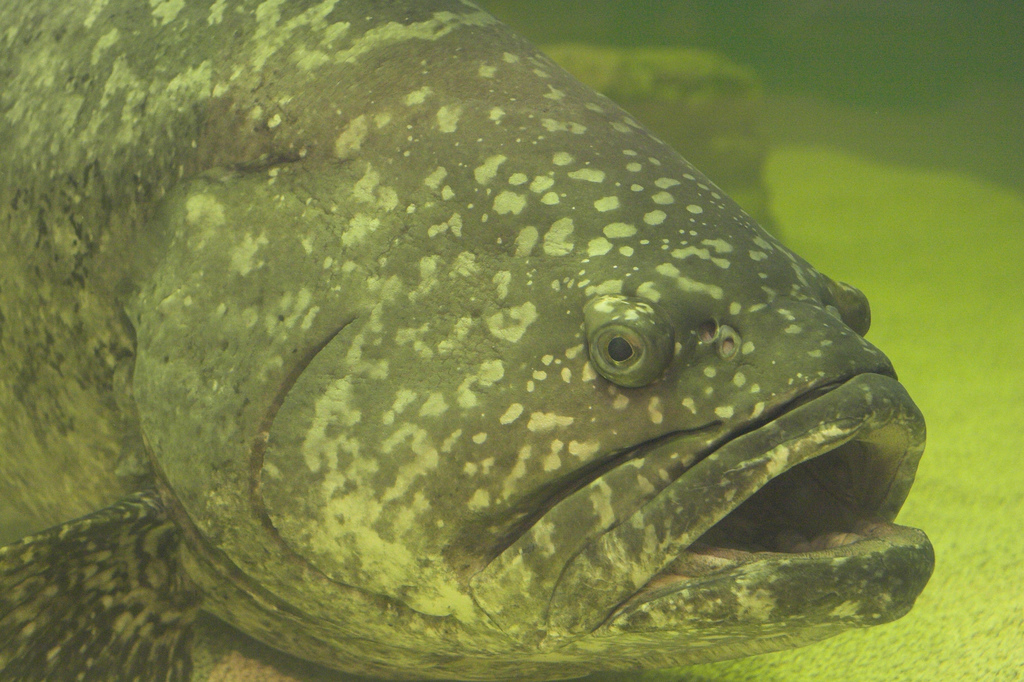 Fishing in the ocean can be a pretty interesting experience, especially when you accidentally hook a shark. That’s what happened to a fisherman aboard a charter fishing boat late last week, and all things considered he took it pretty well. The shark wasn’t all that big, so everyone was able to keep a level head… that is, until a 500-pound grouper made a meal of the hapless shark and took the fishing line along for the ride.

In a video posted to Facebook by Everglades Fishing Company the unfortunate shark can be seen struggling against the tug of the line before rolling over onto its back and floating along the water’s surface. That’s precisely when things went sideways.

With little warning, a massive Goliath Grouper swoops in and snags the shark before pulling it down under the hull of the boat. Gasps are heard from the audience aboard to boat, and the man holding the pole doesn’t seem to know exactly what to do. A few nervous laughs later, one of the professional fishermen who run the charter trips steps in to take the pole and handle things.

It’s hard not to be at least a little bit intimidated by the sight of a fish swallowing up a shark, but the massive fish generally aren’t thought of as a threat to human divers or swimmers. In this case, the tiny shark’s flailing probably signaled to the grouper that it was vulnerable and the larger fish decided to grab a quick lunch.

The species is considered critically endangered, as it was a victim of overfishing up until 1990 when a ban was placed on harvesting them in US waters. Nevertheless, fishermen tend to find the fish to be annoying as they will often target other fish that are in the process of being caught.

Goliath groupers grow slowly and live to be several decades old. It’ll be a while before scientists can determine whether populations of the fish have begun to recover from the fishing spree that decimated them prior to 1990, but for now it certainly seems they’re being well fed.