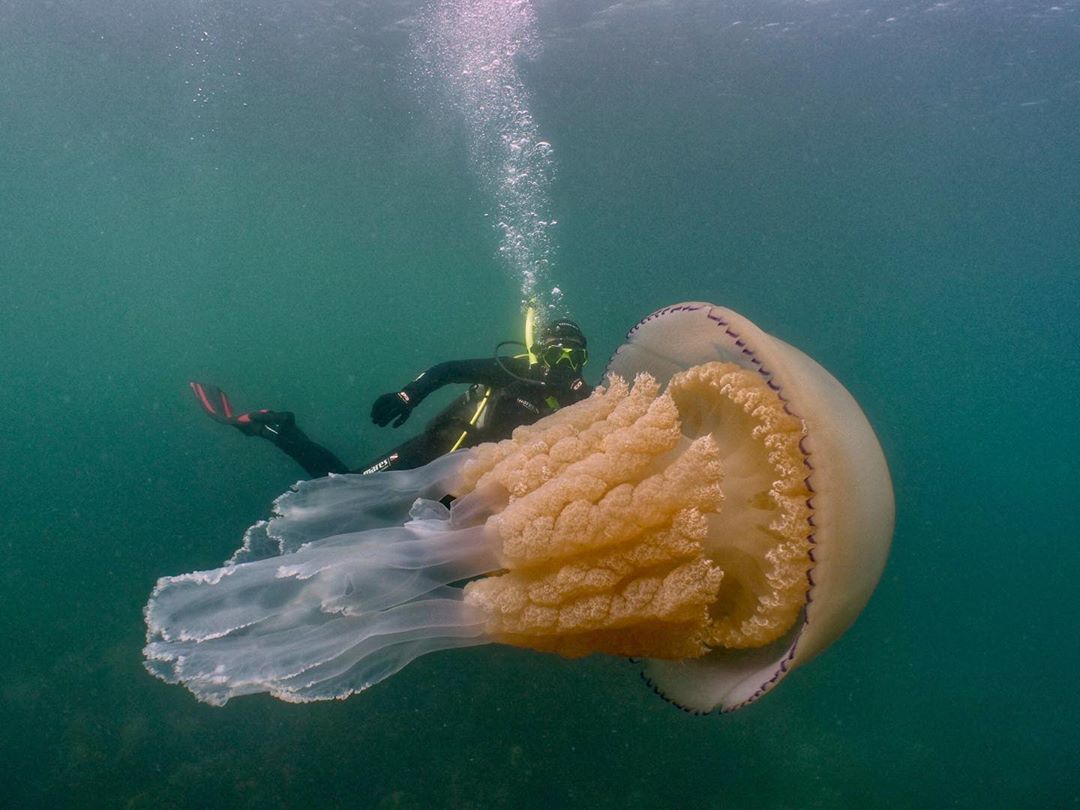 The world’s oceans are filled with all manner of jaw-dropping creatures, but you have to be in the right place at the right time to actually catch a glimpse of them. For wildlife biologist Lizzie Daly, the right place was in the water off the southwest coast of England, and the right time was earlier this week.

That’s when Daly and a fellow diver encountered what can only be described as a behemoth of a jellyfish. Captured in a series of Instagram photos, the creature is seriously impressive, and being able to swim alongside it was almost certainly a once-in-a-lifetime opportunity.

“SO THIS JUST HAPPENED,” Daly wrote in the caption of a photo of the jellyfish she posted to Instagram. “Diving with a giant barrel jellyfish! I could not think of a better way to celebrate the end of #WildOceanWeek.”

Daly and her diving partner, filmmaker Dan Abbott, captured video of the encounter as well. The brief clip shows the pair swimming along next to he massive jelly and staring in awe at its size.

The creature is a barrel jellyfish, which can range in size from just a few inches to absolutely massive (and rare) specimens like you see here. They’re typically slow-moving and are seen off the shores of the UK during the summer and into fall.

While this giant may look intimidating, barrel jellies eat only plankton and their sting isn’t powerful enough to pose a threat to humans. This big fella just wants to enjoy his days coasting in warm waters, which sounds downright lovely if you ask me.