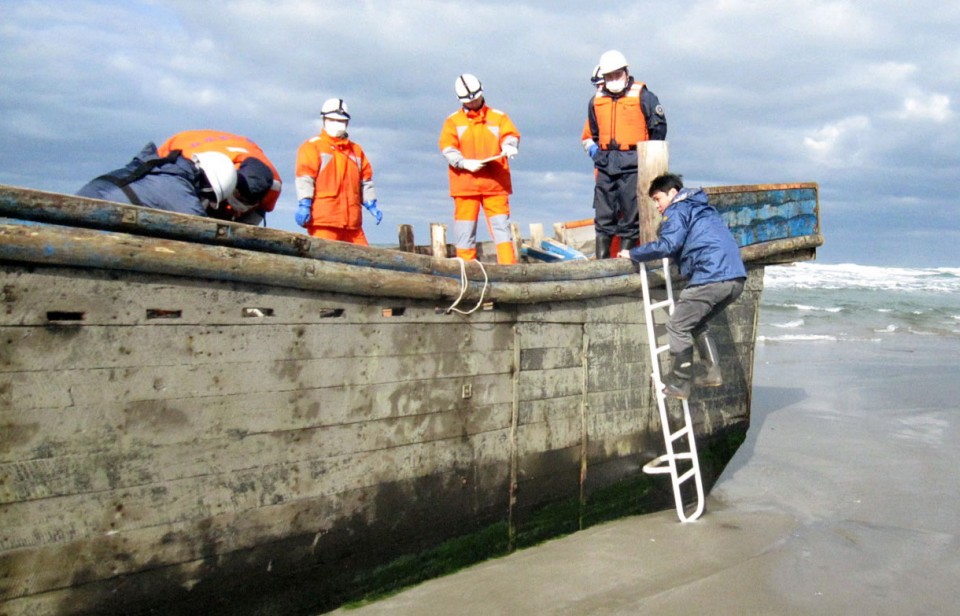 Halloween is now weeks back in our rear view mirror, but something just happened in Japan that sounds like the plot of a horror movie. A busted up fishing vessel ran aground near the city of Oga, coming in from the Sea of Japan, and the remains of its eight-man crew were in just as bad of shape as the boat itself.

The bodies of the men were decomposing, leaving just ragged skeletons behind, and the ship had apparently been drifting for quite some time. Authorities now believe that the ship may have come from North Korea, and its unfortunate crew is thought to have been defectors fleeing the troubled country in search of a new life elsewhere.

As reported by Kyodo News, the ship was first spotted offshore by the Japan Coast Guard but officials couldn’t get close enough to investigate it due to dangerous weather conditions. Eventually it washed up on the shore and investigators climbed aboard to see whether anyone was stowed away.

Aside from the decomposing bodies, officials discovered a handful of clues as to the ship’s origin. Empty packs of cigarettes and life vests both featured North Korean writing, and it seems clear that the ship hadn’t simply gotten lost. The most likely explanation is that the men were refugees hoping to escape North Korea only to meet their untimely demise in the Sea of Japan.

The cause of death of the crew has not been officially announced, but it would seem likely that the men starved and suffered extreme dehydration. The east coast of North Korea is several hundreds of miles away from where the ship washed up, and the journey would have been impossible without sufficient supplies of both food and water. The boat itself was in very rough shape, and while it’s not clear exactly how long it was adrift in the Sea of Japan, it’s clear that the vessel was floating aimlessly for quite some time.

Due to North Korea’s secretive nature, it’s not exactly like Japanese authorities can reach out to them for help in identifying the men or notifying their families, so this sad story might never have a final chapter.