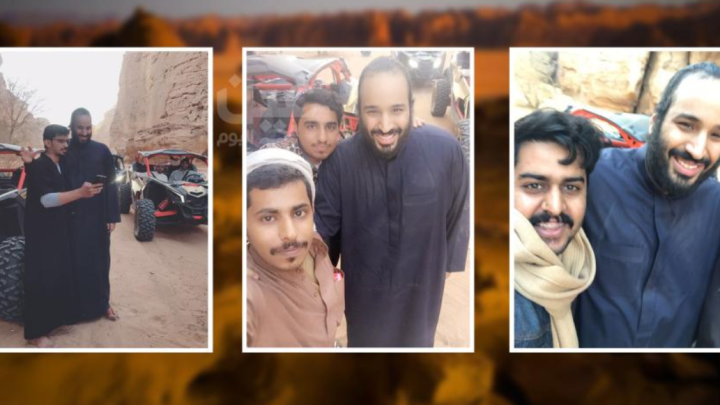 It was just a couple of months ago that archeologists revealed their findings of ancient stone gates in a deserted area of Saudi Arabia. The region, which has been nicknamed the “Gates of Hell” due to its proximity to lava domes and volcanic fields, is thought to have been home to settlers nearly 10,000 years ago. Today, the area is mostly a wasteland with very little in the way of vegetation or, even more importantly, water. Now, Crown Prince Mohammed bin Salman has declared his plans to give the area an extreme makeover.

The prince reportedly visited the area by buggy before stopping by the nearby province of Madinah to mingle with the locals and talk about his vision for new development in the region. Photos on social media even show a dust and sand-covered Crown Prince Mohamed Bin Salman being greeted by ordinary citizens that are sharing in the excitement of this important project.

According to reports out of Saudi Arabia, the prince plans to incorporate the discoveries into his vision for a rejuvenated province. Whether that means using the existing gates as the floor plan for new construction, or simply preserving the archeological evidence while building nearby remains to be seen.

The area is of great scientific interest for researchers hoping to paint a more vivid picture of what life was like in the area some 9,000 years ago, and the prince seems quite interested in the discoveries himself. Locals saw the visit from the Saudi royal as “affirmation of the importance of historical preservation,” which is a good sign for those who hope to learn more about the mysterious ancient construction.

It is also quite incredible that leaders like Mohamed Bin Salman spend time in such a casual way with their people, and that the Crown Prince is so invested in showcasing these amazing architectural discoveries in the Kingdom of Saudi Arabia.

At the time of their discovery, the gates confused researchers because of their location. A hostile landscape didn’t seem like a great place to have built a settlement, but the region could have been much different 9,000 years ago. Some have theorized that a “Green Arabia” was once a reality, with abundant water, vegetation, and plant life, and that such a climate could one day return.