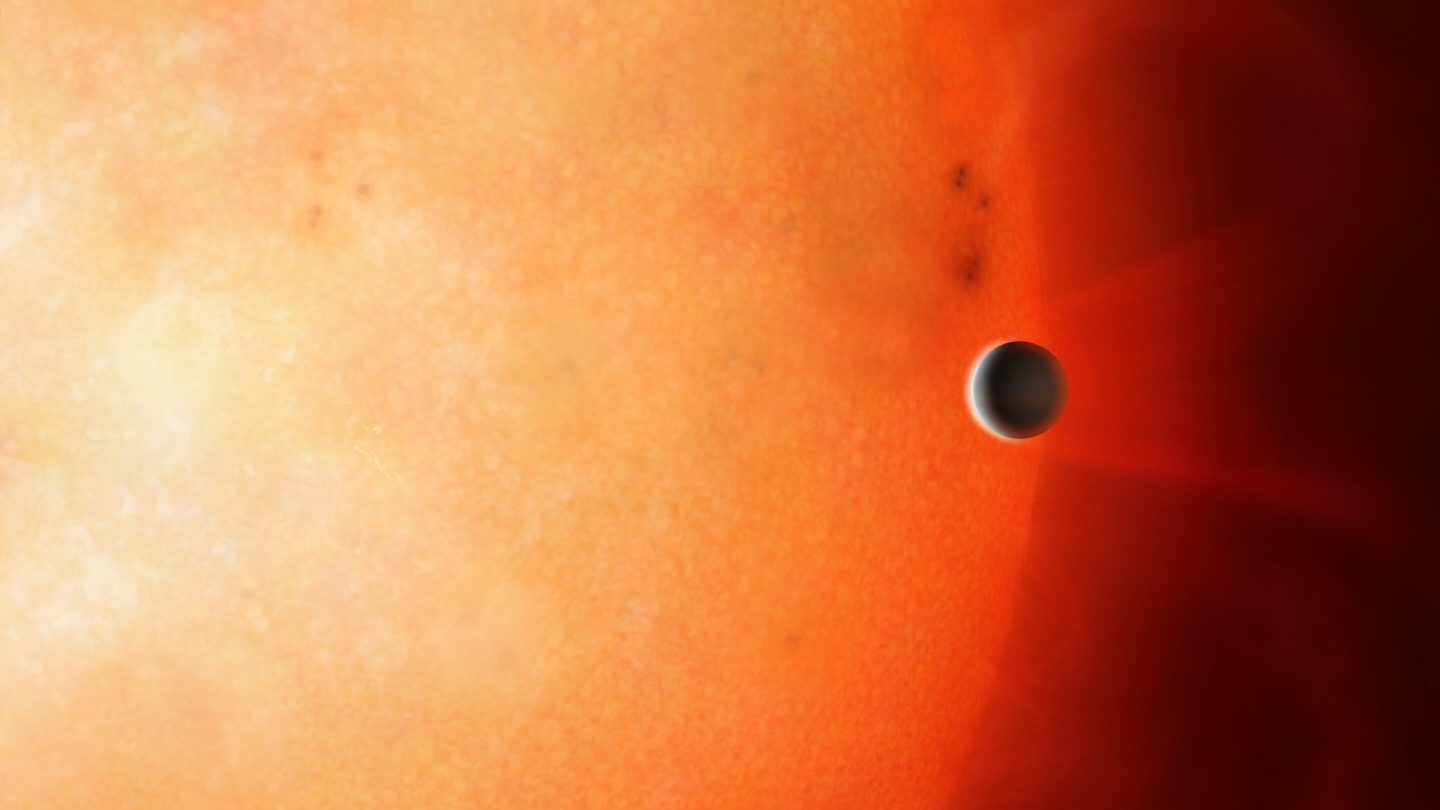 When astronomers search for exoplanets they rarely know what they’re going to find, but that doesn’t mean there aren’t rules that would-be planets are expected to follow. Depending on their distance from their host star, any given planet will fall into one of several categories… or at least that’s what scientists have come to expect.

NGTS-4b, a newly-discovered world orbiting a distant star, doesn’t follow many of the rules that researchers thought they knew, and it’s earned the nickname “The Forbidden Planet” because of it.

NGTS-4b was detected by scientists with the European Southern Observatory. The planet lies in an area known as the Neptunian Desert, which is the name given to the region immediately surrounding a star where planets of similar size to Neptune are almost never found.

This area is extremely close to the star, and it’s that makes it incredibly hostile. Planets found in this region are typically stripped bare of their atmosphere which is blown out into space by the energy put out by the host star.

NGTS-4b is a rare exception to this rule, as it appears to still have its atmosphere intact. That’s rather shocking, especially when you consider that it’s so close to its star that it completes an entire orbit in less than two Earth days. Earth, by comparison, takes a year to complete that same trip. The planet is estimated to be around 1,000 degrees Celsius.

“This planet must be tough—it is right in the zone where we expected Neptune-sized planets could not survive,” lead author Dr. Richard West of the University of Warwick said in a statement. “We are now scouring out data to see if we can see any more planets in the Neptune Desert—perhaps the desert is greener than was once thought.”

It’s likely, the researchers say, that the planet only recently traveled into its incredibly close orbit with its star, and that big changes are likely to happen within the next million years or so as its atmosphere is blasted away by its star.