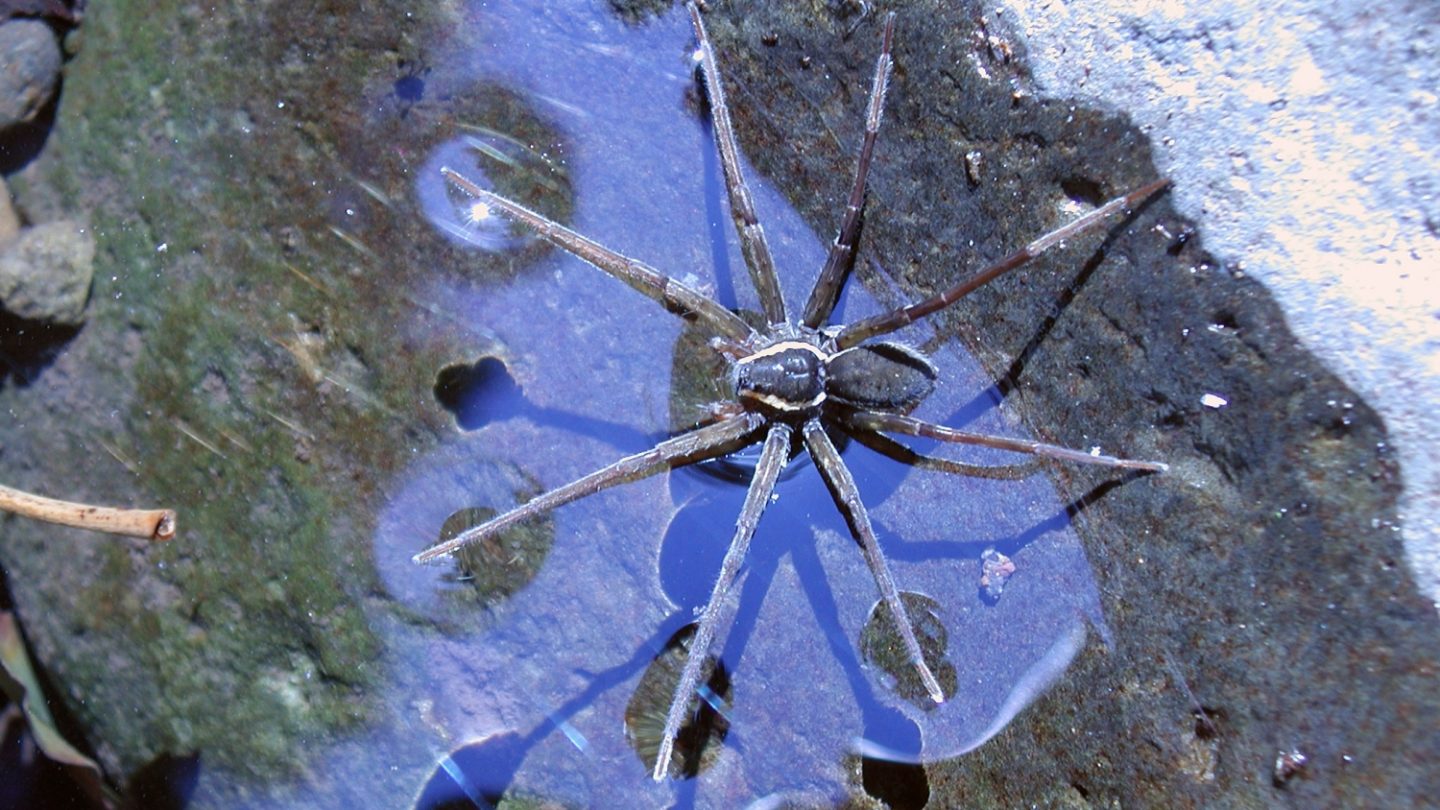 Yes, the creature you see above is a spider that can actually surf on top of waves and hunt for a wide variety of animals including not only insects but also fish and toads. As Mashable Australia informs us, this recently discovered critter was shown off this week at the World Science Festival in Brisbane, Australia by festival cofounder Professor Brian Greene.

Dubbed the dolomedes briangreenei, the spider floats on top of water and senses vibrations below to detect potential prey. The spider can even submerge itself underwater for up to an hour to hunt down prey, which makes it doubly frightening for any creatures caught in its path. The largest animals that the spider has been known to eat are cane toads, which can measure up to nine inches in length. For comparison, the dolomedes briangreenei is about the size of a human palm.

So… it’s not really something you want to mess with, although the spiders apparently aren’t dangerous to humans.

Check out more photos of this not-so-cuddly beast at this link.