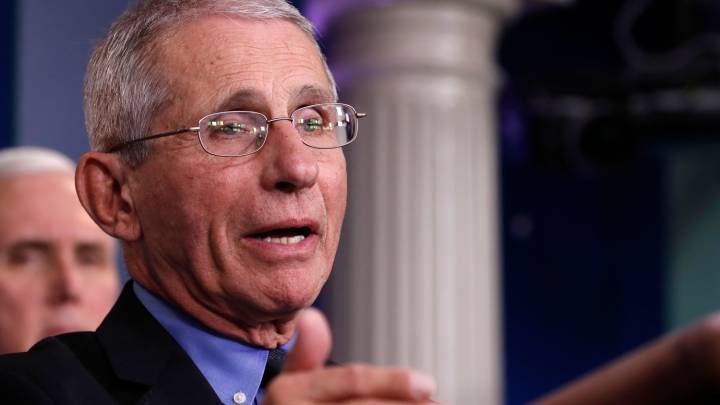 National Institute of Allergy and Infectious Diseases (NIAID) director Dr. Anthony Fauci is the voice many have come to trust for news about the coronavirus pandemic. The doctor is one of the leading members of the White House Coronavirus Task Force, and a key player when it comes to relaying and explaining the actions of the Trump administration in response to the pandemic.

Fauci was quick to temper hopes about hydroxychloroquine in light of Trump’s remarks about the drug, and he was the first to announce the positive effects of remdesivir in COVID-19 therapies. Fauci also talked at length about vaccine progress and US investments in the fast-tracked plan to bring these drugs to market and addressed the recent findings coming from some of the most promising coronavirus vaccines. He discussed the negative aspects of the new disease, making it clear that the virus might not be eradicated and that immunization against COVID-19 could provide only limited protection.

In a series of new remarks, Fauci also explained that vaccine manufacturing will start even sooner than expected, and well before we know for sure that these vaccine candidates work. That way, we can save a great deal of time, and the drug can be made available to the public on an expedited timeline.

“We would start manufacturing vaccines before we know that it even works or not, which means that you’ve picked up several months, instead of waiting to see if the vaccine works,” Fauci told Newsweek a few days ago.

More recently, Fauci elaborated on the matter in a Q&A broadcast on the Journal of the American Medical Association (JAMA) YouTube channel. “By the beginning of 2021, we hope to have a couple hundred million doses [of the vaccine],” he said. 100 million doses may be available by November or December.

Fauci previously said that he’s involved directly or indirectly in at least four COVID-19 vaccine development efforts. One of them is Moderna’s mRNA drug that’s approaching Phase 2. The doctor said that Moderna’s early revelations did not come in the right form, but they prove the vaccine elicits the desired response. The immune system learns to make neutralizing antibodies that can block the coronavirus. The US also invested $1.2 billion into the Oxford-AstraZeneca vaccine candidate, securing 300 million doses.

Even though vaccine manufacturing might start before Phase 3 of human trials concludes, Fauci told Newsweek that proceeding with production “at risk doesn’t mean at risk for the patient regarding safety and integrity of the science.” The risk is to those who invest money into a drug they expect to work.

“If it doesn’t work, then you’ve made a major financial investment you likely will lose,” he said. “So that’s what we mean when we say we’re proceeding at risk. It saves time and cuts several months of the process. It’s very risky from a financial standpoint, but we feel given the urgency of the situation, it’s worth taking that financial risk.”

“If things work out, we hope to get an efficacy signal [for a vaccine] by late fall or early winter. If that is true — and there’s always a big if because it’s entirely conceivable that the vaccine will not work — assuming that we have a safe and effective vaccine, we think a timetable that we would have enough doses by December I think would be not an unreasonable assumption.”

Moderna is approaching Phase 2, and Phase 3 should start in the first week of July, according to Fauci. “The Moderna trial is one trial, but hopefully by late summer, early fall, there will be more than one trial at play.” Moderna’s third stage of human testing will include some 30,000 people.

The infectious disease expert maintained the idea that eradicating COVID-19 is highly unlikely. But “it is conceivable that we will be able to eliminate it in the sense of getting enough herd immunity together with the vaccine that we have very few cases. And certainly, we can control it [the virus], and we have been getting it under some control in some areas.”

133 vaccine candidates are in the works for the novel coronavirus, according to information from the World Health Organization (WHO). Around 10 of them are already in human trials. Oxford’s promising drug will also be manufactured soon, with AstraZeneca starting production. “We are starting to manufacture this vaccine right now – and we have to have it ready to be used by the time we have the results,” AstraZeneca’s Pascal Soriot told BBC.

Bill Gates also stressed the fact that the production of vaccines should start before the research is completed, even if that means losing money setting up factories and logistics that go unused. AstraZeneca will manufacture two billion doses after signing two new contracts on Thursday, including one with two Gates-backed foundations and one with the Serum Institute of India (SII). Delivery of the AZD1222 vaccine candidate will be ready by the end of the year. The drug is also in advanced stages of testing, and Soriot expects to know by August if the vaccine is effective.