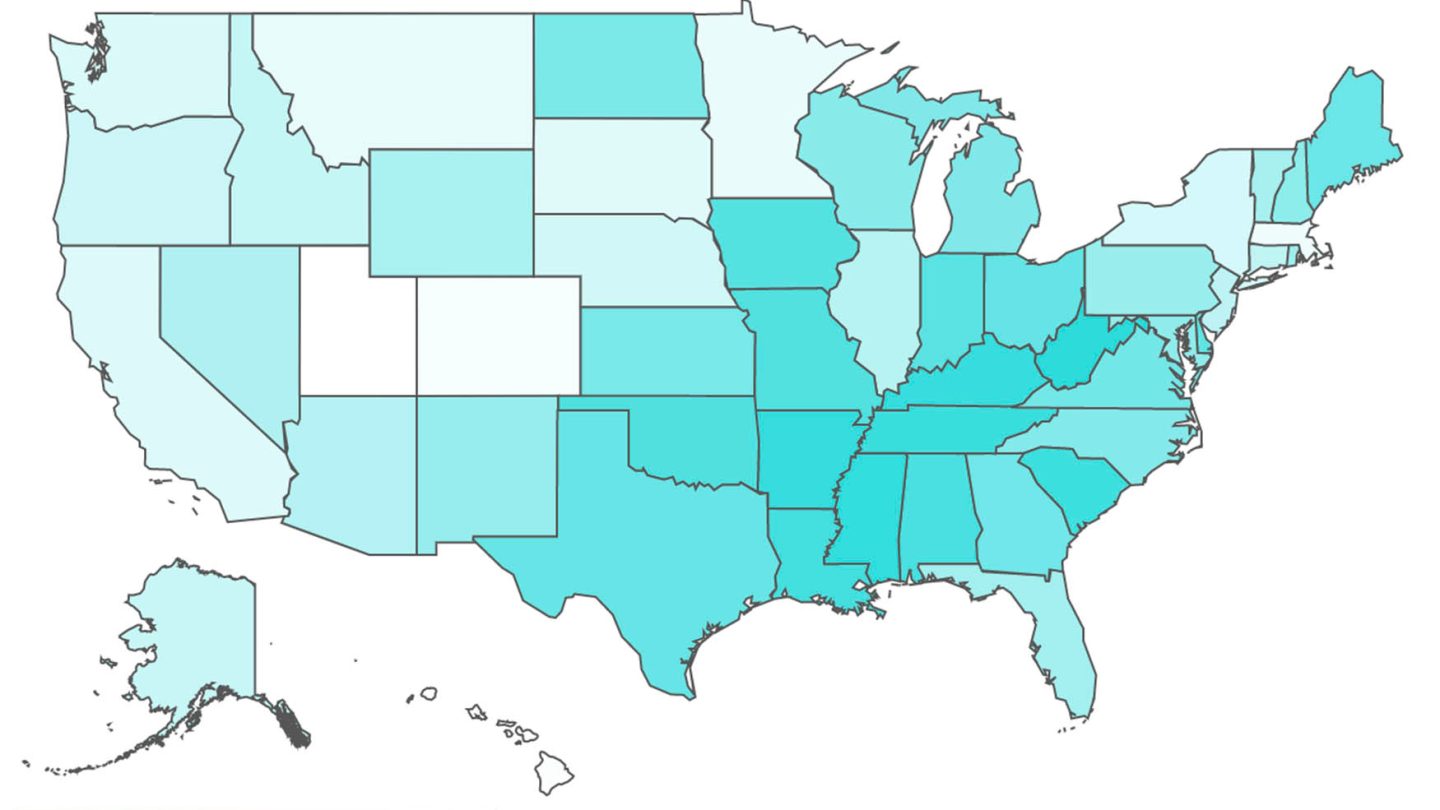 Back in 2019, WalletHub came up with a ranking of all 50 US states based on data related to the number of people who are overweight or obese. At that time, Mississippi came in the top spot, which wasn’t a surprise as it tends to lead lists like this. 2020’s data has shaken things up a bit, and there’s a new top dog when it comes to the “fattest” states.

The data the website uses to come up with its ranking includes the “Obesity & Overweight Prevalence Rank,” which is a metric showing the percentage of the population that is overweight or obese. Also included in the final ranking is the “Health Consequences Rank,” which is the number of health problems people experience from being overweight, as well as the “Food & Fitness Rank,” which is a measure of healthy eating options and overall fitness levels.

Before we dive into the top of the list, let’s take a look at the bottom, which would indicate the least-overweight states and those with higher fitness and healthy eating scores. Starting with the “healthiest” state first:

Okay, some pretty obvious ones here. Lots of health “nuts” in California of course and places like Montana and South Dakota have large portions of the population with active outdoor jobs, which helps keep weight under control. Colorado and Hawai are also pretty progressive and, generally speaking, follow new health trends more closely than many other states.

Now, the top of the list, indicating the most obese states in the country:

Well, well, well. Mississippi has been dethroned by none other than West Virginia. This is hardly a surprise, as WV was in a tight race for first place in 2019 and it would appear it’s done enough to steal away the top spot. Other holdovers from the previous year include Kentucky, Tennessee, and Alabama.

Put simply, the list hasn’t changed a whole lot since the previous tally, and that shouldn’t be shocking to anyone who has lived through 2020. This year hasn’t exactly been the best when it comes to starting new, healthy routines. We’ve been cooped up due to the pandemic and even going somewhere like a nature trail or the beach has brought with it some serious health risks. So, people have spent a lot of the year indoors, and that means not much activity and a lot of poor food choices.

2021 should be better… I hope. So maybe we can see some of the “most obese” states on the list push themselves out of their funk get a bit healthier. That is, assuming the pandemic can be beaten back into submission within the next few months.