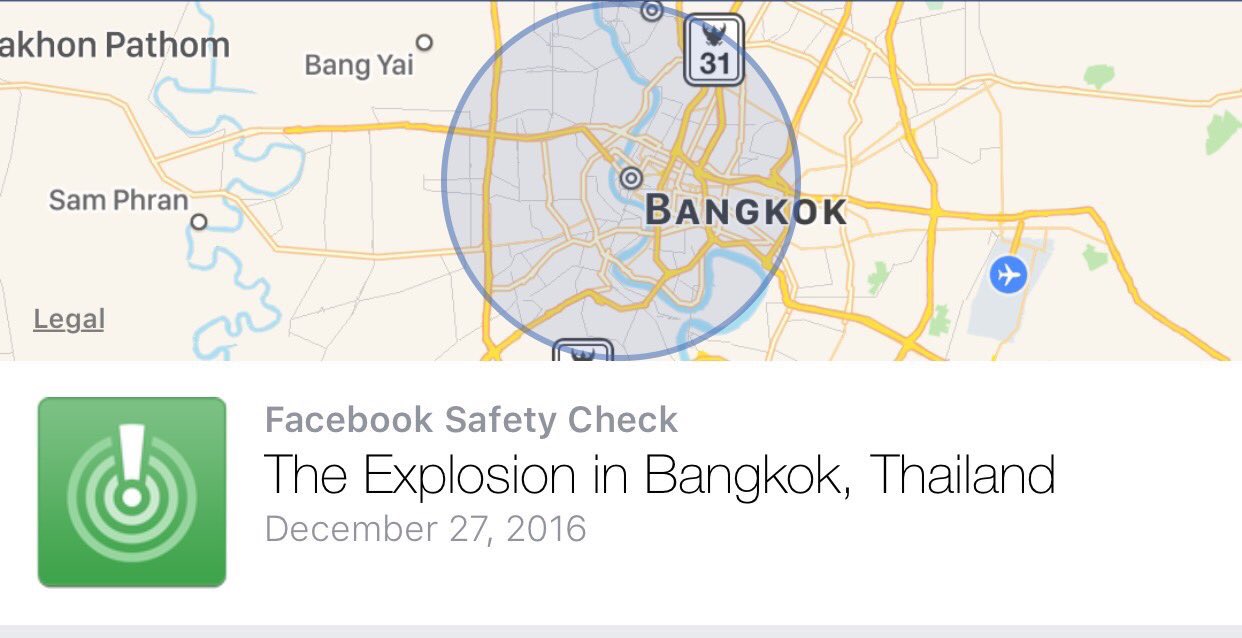 Facebook’s Safety Check feature has been erroneously triggered in Bangkok by a wave a false social media reports about a bomb explosion that didn’t happen. According to The Verge, Safety Check was enabled around 9PM local time, or 9AM EST.

The alert cited “The Explosion” in Bangkok, reported by “media sources” with no more specific location. According to The Verge, news sources talking about the explosion linked back to reports of the 2015 bombing of Erawan Shrine.

A quick look at the links that Facebook was citing below the Safety Check raises suspicion — one linked to the Bangkok Informer, but using graphics and language that made it look like a BBC News report. Government sources and independent news agencies took to Twitter to confirm that there’s been no explosion.

The "source" of the @Facebook Safety Check for Bangkok: A fake news site that scrapped stuff from elsewhere…! pic.twitter.com/i6Q2k8XBxP

No need to panic, there was NO explosion in #Bangkok despite a Facebook safety Check being triggered. No need to mark yourself as safe. pic.twitter.com/bqzCFpO9K0

Falsely triggering a Safety Check is the latest fake news failure for Facebook, which has been in the spotlight for disseminating false information ever since the presidential election. Facebook’s normal first line of defense is that it’s a media company; it does not control the material that its users share, and therefore is not responsible, it argues.

But the Safety Check feature is more proactive, and Facebook must bear responsibility for its use. Facebook has previously said that Safety Check is activated by an algorithm that checks posts and news, but there are supposed to be robust protections built in to prevent false alarms. So, about that.