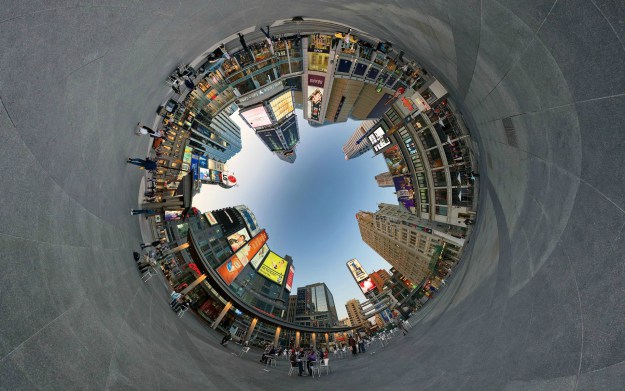 Facebook is pushing hard on the whole virtual reality thing, as its purchase of Oculus and 360-degree video implementation makes clear. The latest move is putting support for 360-degree photos into the News Feed, so you can now make your friends doubly jealous of whatever vacation you’re on.

The company announced that 360-degree photos would be coming last month, but the change was only just rolled out.

Users can upload 360-degree images taken with either the native camera app (like a panorama), or a third-party app. Facebook will then convert that to an image that plays nice with its platform, and display it in the News Feed. 360-degree images are given away by a compass icon in the top-right corner, in much the same way Facebook’s Instant Articles are highlighted with a lightning bolt.

Facebook clearly thinks VR content is going to be a big driver for its platform moving forwards. Product manager Andy Huang said that “Along with 360 photos from your friends and family, you can discover stunning new 360 photos on Facebook from public figures, publishers, and other organizations. 360 photos give you the ability to take the stage in front of 100,000 fans with Paul McCartney, get behind-the-scenes access to the Supreme Court via The New York Times, visit the International Space Station with NASA, and more.”

360-degree photos are likely to be the most accessible kind of VR content for average users to create. Making 360-degree videos requires specialized $1,00-dollar cameras, not to mention experience producing and editing video content. 360-photos, on the other hand, are accessible to anyone with a smartphone and the capability to rotate.