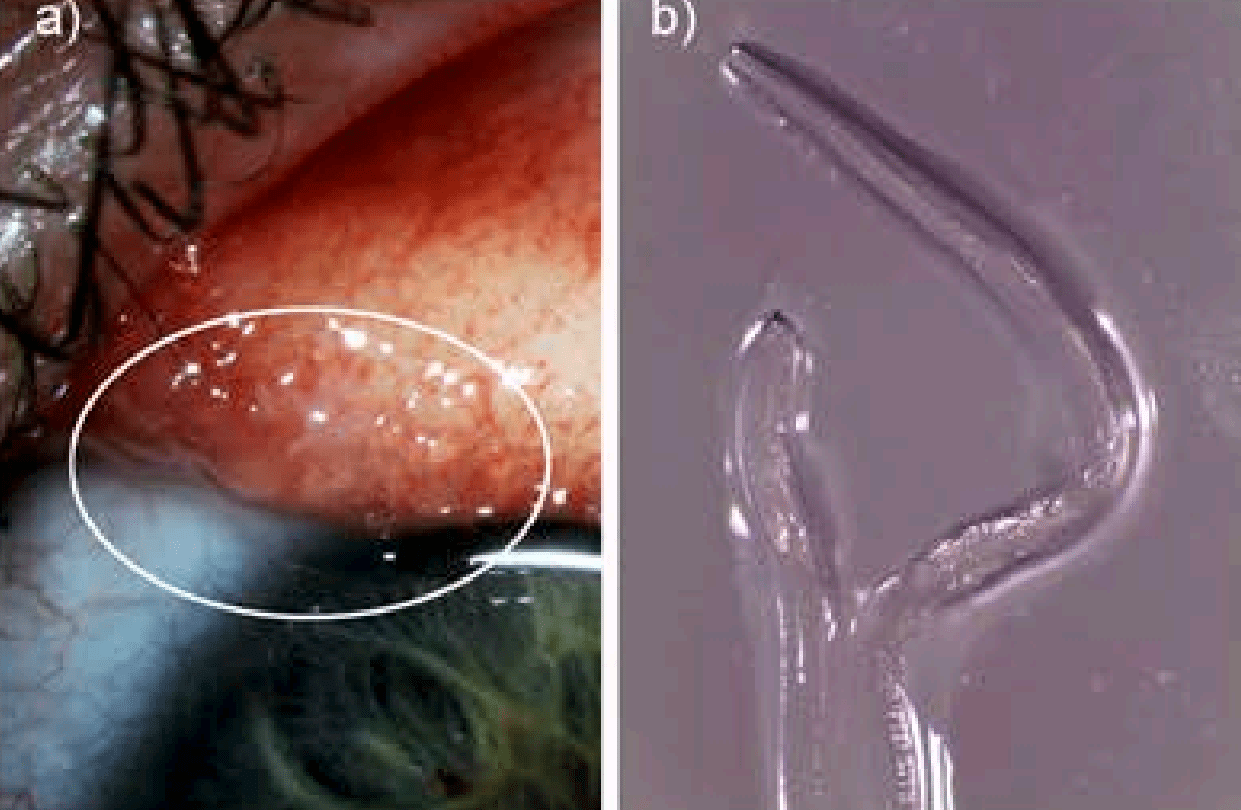 In the latest example of why you should never go outside or do anything besides binge Netflix shows all day, an Oregon woman was discovered to have a first-of-its-kind infection that resulted in 14 worms being extracted from her eyeball. 26-year-old Abby Beckley reportedly contracted the incredibly rare infection after a horseback riding trip in a coastal Oregon town.

Following her equestrian excursion, Beckley suffered from an irritated left eye. The discomfort dragged on for a week before Beckley noticed something very disturbing resting below her eyelid: a living parasite. After plucking the wriggling worm from her peeper, Beckley sought medical attention and was diagnosed with the first documented human infection of a parasite normally found in cattle. The case was published in the American Journal of Tropical Medicine and Hygiene.

“So I pulled my eye kind of down like this and I looked in that bottom little crevice and I was like something looks wrong, maybe I have a piece of fuzz stuck there,” Beckley explained to a local Fox affiliate. “So I went like this, in like a picking motion, and I felt something in between my fingers and I pulled it out and I looked at my finger and it was a moving worm.”

The parasite, identified as Thelazia gulosa, is normally spread between cattle by flies landing on or near the eyes. This particular eye worm species has never been documented in humans, making Beckley’s case particularly unique, and a bit frightening.

However, identifying the worms was only half the battle. In order to actually cure Beckley of the infection she had to locate and remove each of the worms one by one until they were gone. Doctors feared that prescribing medication to kill the worms would actually prevent them from being effectively removed, leaving the dead parasites floating in the eye cavity permanently.

Slowly but surely, Beckley was able to extract all 14 of the worms that had made their home in her eye, and her symptoms cleared up shortly thereafter. Thankfully, researchers believe it was a one-in-a-million shot that the parasites managed to infect Beckley, so maybe it’s safe to go outdoors.