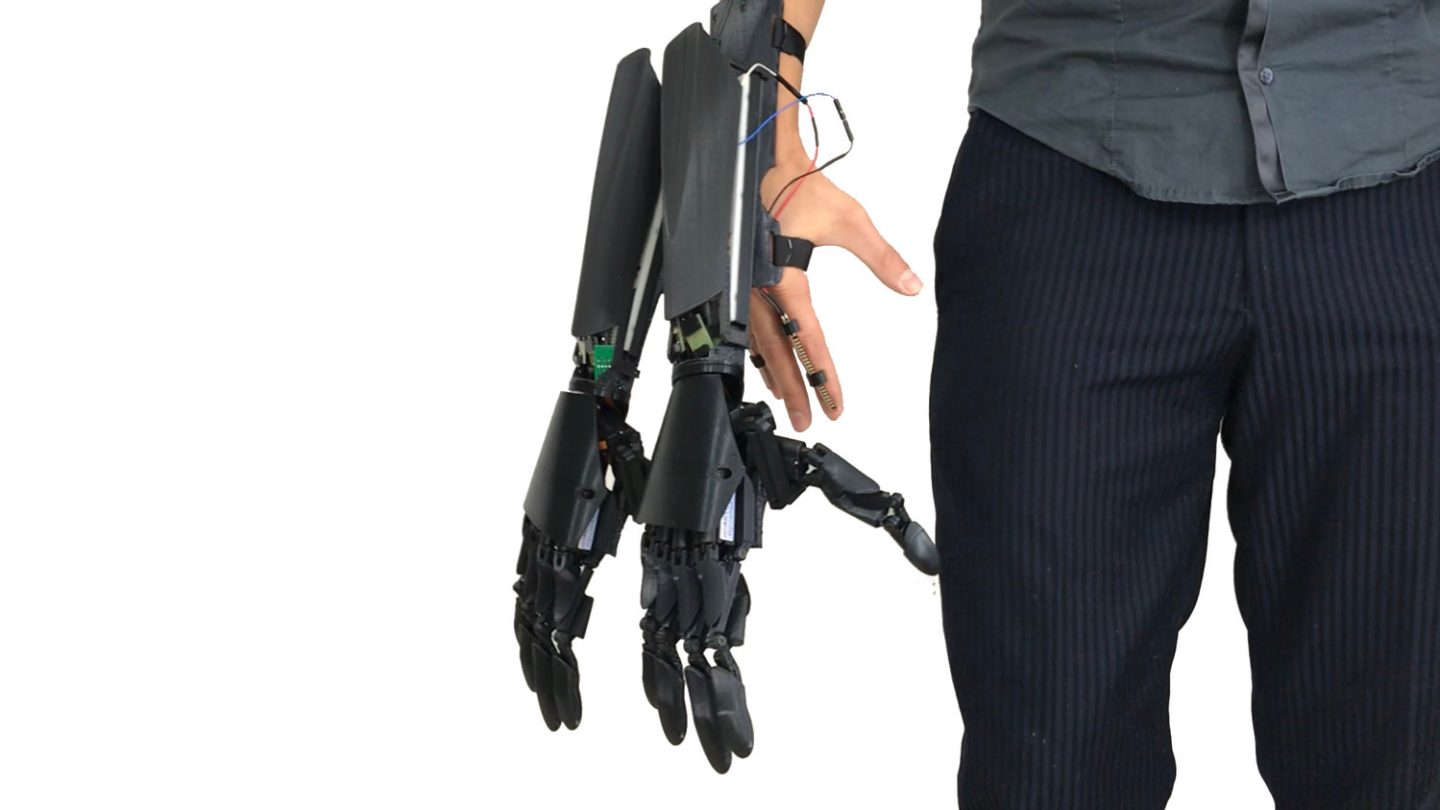 Ever feel like life would be so much better if you just had an extra hand? How about two? A company called Youbionic wants to make extra hands a reality, and its created a 3D printed pair of hands that you can add to your already existing hand in order to double them, kind of multi-outlet adapter that turns one outlet into many. It might sound like science fiction, but you can actually already buy them, and boy are they freaky looking.

Youbionic’s concept of an “augmented human” means giving a “native human” additional abilities, such as being able to hold twice as many things. To that end, they’ve designed and produced a 3D-printed wearable they call simply “double hand,” and you’re really going to want to see this thing in action.

As you can see in the video, the grasping motion of each of the artificial limbs is triggered by the wearer’s fingers. Closing one half of your real hand causes an entire one of the artificial hands to clasp shut, and the wearer can independently control the movements of both of the hands.

This Arduino-powered wearable certainly looks like a technical marvel, but there’s a few drawbacks that are readily apparent. From the demo videos and descriptions it doesn’t seem as though you’re actually able to control the status of each hand beyond command it to either open or close, which could severely limit its usefulness. Additionally, while the hands look sturdy enough on their own, it’s unclear how firm the fingers can actually grip, and carrying something heavy with one of the faux limbs seems like it might cause the wearable to shift on your arm.

“We are taking the first steps to build devices that work by supporting our native ability to obtain extraordinary abilities,” Youbionic explains on its website. “This is the first wearable robotic devices that will evolve the human race in a something new, to turn the Native Human to Augmented Human.”

The Double Hand is currently listed at a price of €1,799, which is over $2,100, and that’s just for one arm. If you really want to go all-out and turn two hands into four, you’ll need to double that price.