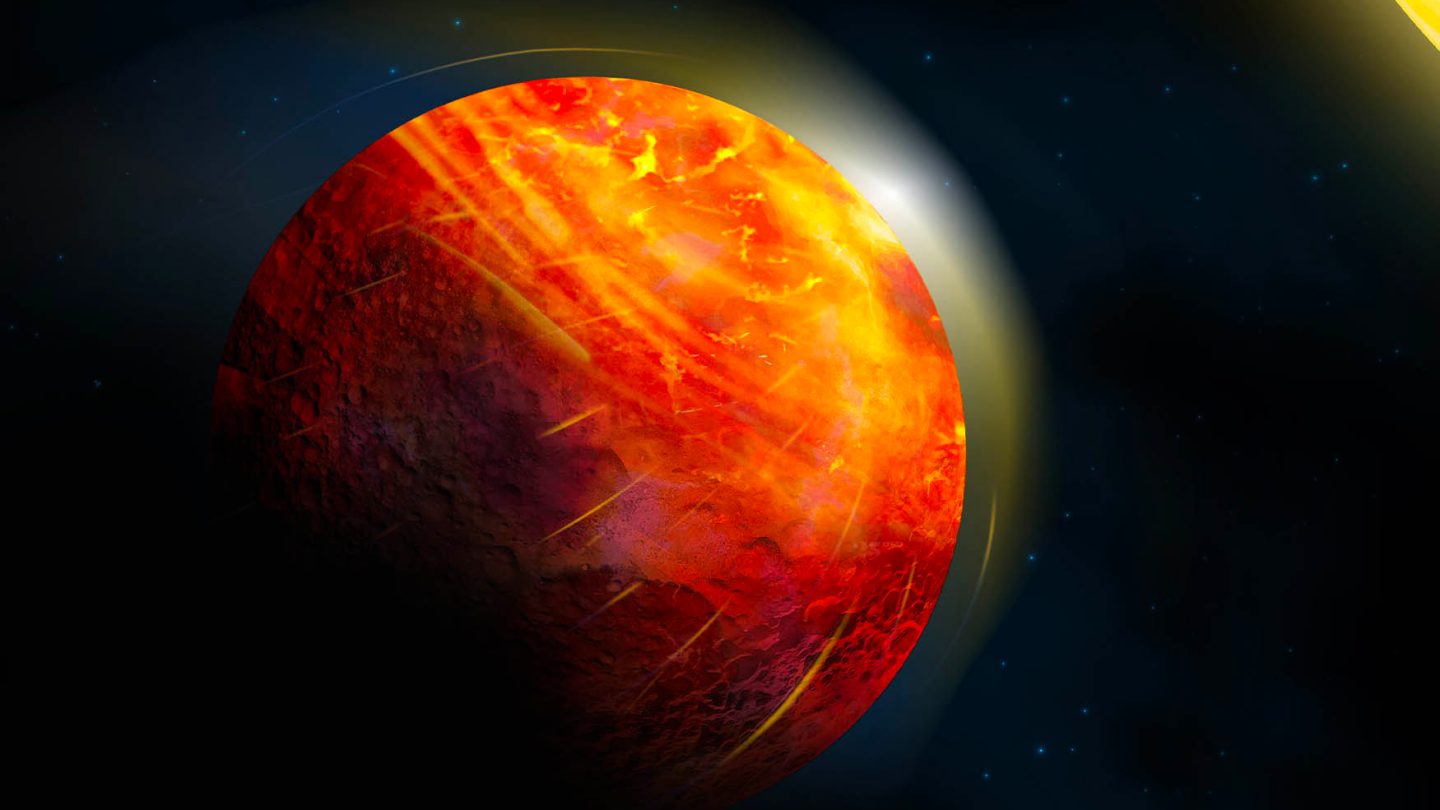 In recent years we’ve learned a lot about exoplanets — planets that exist outside of our own solar system — thanks to increasingly powerful telescope technology. We’ve spotted planets that are frosty cold and others that are super-hot balls of gas. Now, researchers have spotted one that is about as hostile as you can imagine.

In a new study published in Monthly Notices of the Royal Astronomical Society, researchers describe the planet known as K2-141b, a rocky world roughly the size of Earth that is covered in lava, but that’s not the only reason you wouldn’t want to visit. The planet also boasts rocks that rain down from above and even winds that move at supersonic speeds. Yeah, it’s pretty gnarly.

As you might imagine, K2-141b is so ridiculously hot because it sits very close to its host star. This incredibly close relationship has also led to over-the-top extreme conditions on its already uninhabitable surface. That includes precipitation in the form of rocks — yes, rocks — and winds that speed around the planet at well over 3,000 miles per hour. It’s the absolute peak of “extreme.”

The planet is tidally locked to its star, which means that unlike Earth, the planet always points one side at its star and does not rotate freely. The star-facing side is where you’ll find things like a massive magma ocean, but on the flip side? Frigid cold temperatures. In fact, the researchers estimate that temperatures on the dark side of the planet plunge as low as -200C, while the star-facing side sits at around 3,000C.

Because the heat is so extreme on the day side of the planet, it actually melts and vaporizes rock. That rock then follows the same kind of precipitation cycle that water does on Earth. It rises high into the atmosphere where it condenses and then falls back to Earth. It’s literally raining rocky material because of how hot the planet is.

“All rocky planets­, including Earth, started off as molten worlds but then rapidly cooled and solidified. Lava planets give us a rare glimpse at this stage of planetary evolution,” says Professor Nicolas Cowan of the Department of Earth and Planetary Sciences at McGill University said in a statement.

Studying these distant worlds and understanding their evolution over time can help scientists better predict what other planetary systems look like, how they change over time, and what we might expect if we ever attempt to explore these regions of space.