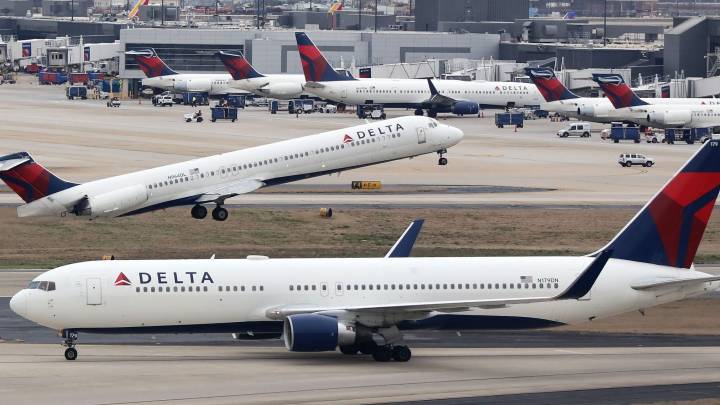 Lots of people struggle with a fear of flying, but normally if you’re a little bit freaked out by the thought of a massive commercial jet, you’re actually on that jet. Folks in a residential neighborhood in Milton, Massachusettes, now have an entirely different reason to fear Boeing jets, and it has nothing to do with traveling on them.

As AP reports, a pilot flying a Boeing plane operated by Delta reported hearing “a loud noise” as the aircraft was making its way down to Logan Airport on a flight from Paris. That noise, as it turns out, was an inflatable evacuation slide breaking free from the plane. It landed in the middle of a back yard, just feet from residents who were working in their yard.

The Federal Aviation Administration acknowledged the bizarre incident and the agency, as well as the airline, are reportedly investigating how the slide broke free. Normally, evacuation slides remain hidden from view unless they are deployed during an emergency. In those rare cases, the slide inflates to allow passengers to quickly escape the aircraft.

“It’s kind of crazy,” Wenhan Huang, the homeowner who saw the slide damage a tree in his yard, told reporters. “Who could know there’s something coming from the air and (it) drops into my yard, right?”

The fact that the slide didn’t harm anyone is obviously a relief to the airline, but it definitely could have. If that had happened, the airline and possibly the plane’s manufacturer, Boeing, might have had a lawsuit on their hands. With that in mind, it’s obviously in the best interest of everyone that investigators figure out what went wrong and hopefully prevent such a thing from happening again in the future.