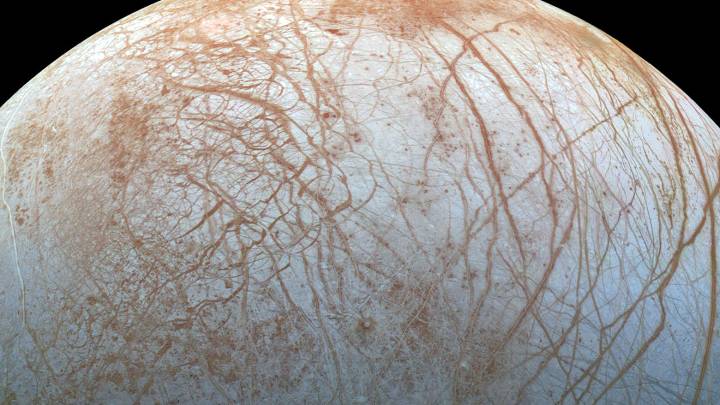 Of all the places in our solar system (besides Earth, of course), Jupiter’s moon Europa might have the best chance of hosting life. Scientists studying the planet are intrigued by its massive ocean of liquid water hiding beneath a thick icy shell, and it’s possible that life is lurking there, too.

Now, a new research paper reveals that the colossal ocean isn’t just liquid water, it’s salty liquid water, making it potentially even more like Earth’s oceans than we originally thought. The study was published in the journal Science Advances.

“The potential habitability of Europa’s subsurface ocean depends on its chemical composition, which may be reflected in that of Europa’s geologically young surface,” the researchers write.

But actually visiting Europa to see what its oceans are made of isn’t really in the cards at the moment, so scientists have done the next best thing. Using the powerful spectrograph instrument on the Hubble, researchers are able to sniff out the makeup of nearby worlds, and in the case of Europa it’s very, very salty.

If the planets are indeed as salty as they appear, it could be a sign that the waters there are suitable for life. Whether or not any life forms have ever taken root there, however, is a far more challenging question to answer.

Researchers have considered the possibility of sending some kind of robotic probe to the planet’s surface. Its incredibly thick sheet of ice would need to be penetrated in order to sample the liquid water below. Such a mission would be costly, however, and while there’s plenty of interest among scientist searching for life outside of Earth, NASA and other groups are largely focused on trips to the Moon and Mars in the immediate future.