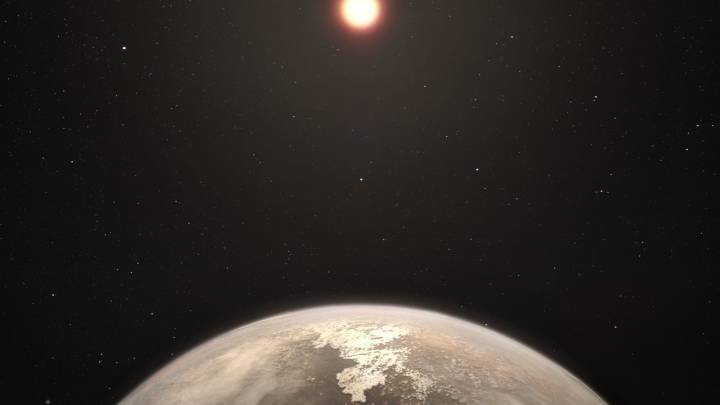 You’ve been hearing a lot of news about exoplanets recently thanks to increasingly powerful skywatching hardware capable of detecting worlds at an incredible distance from Earth. Some are thought to be potentially habitable, and some are incredibly hostile to life as we know it, but a new, potentially life-supporting world was just detected much closer than has been the norm, and it’s giving astronomers a reason to get excited.

Found with the incredibly powerful High Accuracy Radial Velocity Planet Searcher (HARPS for short), located at the La Silla Observatory in Chile, the newly discovered world is called Ross 128b, and it’s orbiting a star with a particularly pleasant personality. If any extraterrestrial species do exist in our stellar neighborhood, this might be our best chance yet at finding them.

Ross 128b orbits the star known as Ross 128 (see how that works?), which is a red dwarf. Red dwarfs are low-mass stars that are smaller than our own Sun, but depending on the distance at which their planets are orbiting, can still provide the conditions we associate with the development of life. In this case, Ross 128b orbits its start at an extremely close distance, and completes and orbit once every 9.9 days.

What life would be like on the planet’s surface is still a big question mark, but scientists believe the temperature might be very close to that of Earth. That’s obviously great news if you fancy the idea aliens romping around on its surface, but at the moment we have no way of knowing if that’s the case or not.

None of this would be particularly interesting or notable — considering we’ve now seen dozens of planets that are thought to be in the habitable zones of their stars — if not for the fact that Ross 128 and its habitable exoplanet are incredibly close to our own Solar System. The star is just 11 light-years away, which might sound like an incredibly long distance, but it’s a mere stone’s throw in the grand scheme of things.

The discovery is set to be published in the journal Astronomy & Astrophysics (PDF here), and Ross 128b will surely be a candidate for further study in the very near future.