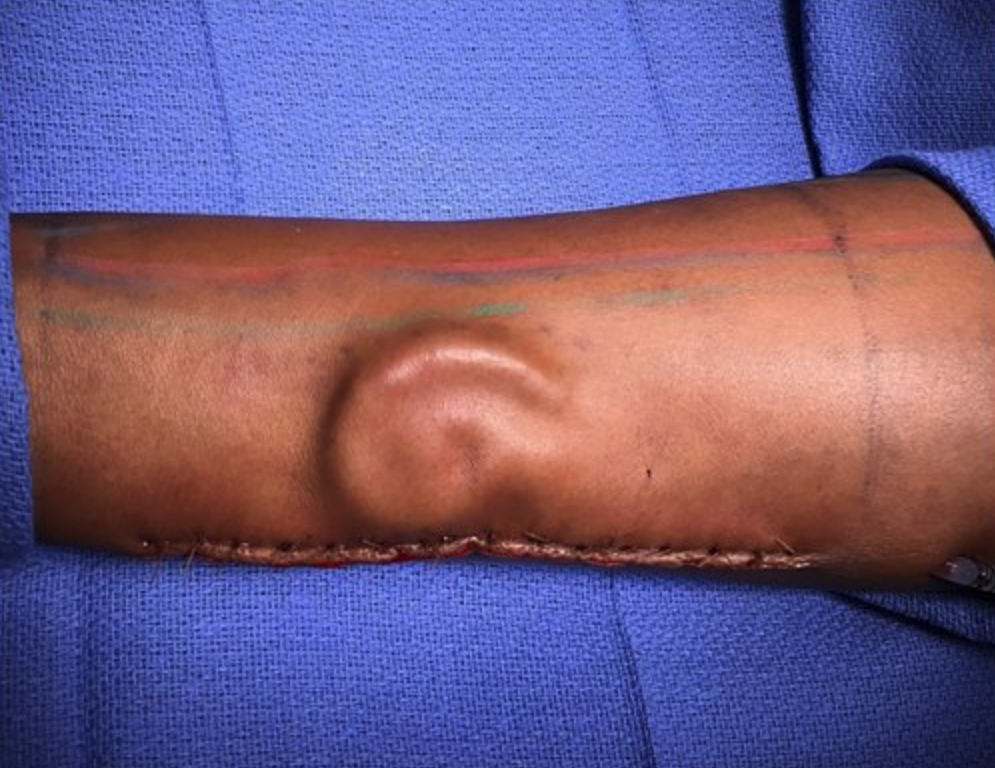 When Shamika Burrage survived a devastating car crash two years ago, she didn’t come out entirely unscathed. The 21-year-old, who is a private in the US Army, lost her left ear in the accident, but thanks to some innovative work by Army plastic surgeons she’s getting it back. It’s a first for Army doctors and a remarkable outcome for the young soldier.

The incredible thing about all of this is that the ear isn’t a prosthetic. It’s made of living tissue and was grown on Burrage’s own body. Surgeons used cartilage from one of Burrage’s own ribs to create the ear’s shape and then implanted it underneath the skin of her forearm. The skin was allowed to grow around the ear for several months, forming new blood vessels and allowing for feeling in the ear after it had been transplanted to her head.

The reconstruction takes several surgeries to complete, but once the ordeal is over and the new ear has a chance to heal in place, it will look and feel just like the real deal. The skin will have sensation thanks to fresh nerves, and blood will circulate through it just like the original organ.

In a post on the US Army blog, Burrage reveals that she originally didn’t want the surgery and had initially planned on just going with a prosthetic ear for cosmetic purposes.

“I didn’t want to do (the reconstruction) but gave it some thought and came to the conclusion that it could be a good thing,” she explains. “I was going to go with the prosthetic, to avoid more scarring but I wanted a real ear. I was just scared at first but wanted to see what he could do.”

“He” is Lt. Col. Owen Johnson III, the chief of plastic and reconstructive surgery at the William Beaumont Army Medical Center in El Paso, Texas.

“The whole goal is by the time she’s done with all this, it looks good, it’s sensate, and in five years if somebody doesn’t know her they won’t notice,” Johnson says of the operation. “As a young active-duty Soldier, they deserve the best reconstruction they can get.”