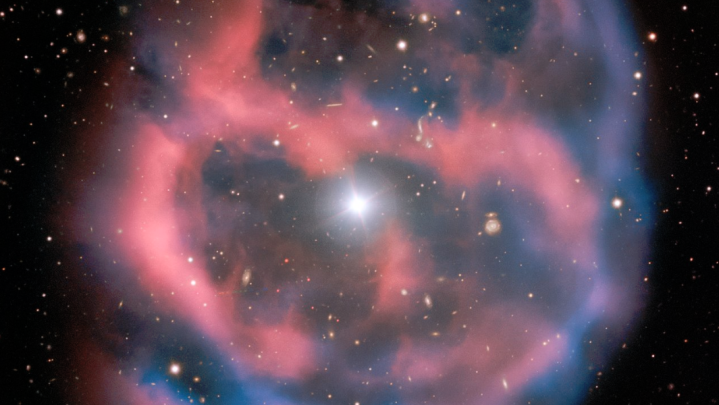 Our Sun is one of the reasons we’re all here today and we simply couldn’t exist without it, but it won’t be around forever. At some point far in the future our Sun will die, and when it does it’ll probably look a lot like this image captured by the European Southern Observatory’s Very Large Telescope.

What you’re seeing here is a nebula labeled ESO 577-24, and it’s what’s left of what was once a red giant star and, before that, a main sequence star in the prime of its life. Now, it’s a white-hot ball of matter a fraction of its original size, and the colossal blast of gas surrounding it is the star’s “last breath.”

“This planetary nebula is the remains of a dead giant star that has thrown off its outer layers, leaving behind a small, intensely hot dwarf star,” ESO explains. “This diminished remnant will gradually cool and fade, living out its days as the mere ghost of a once-vast red giant star.” 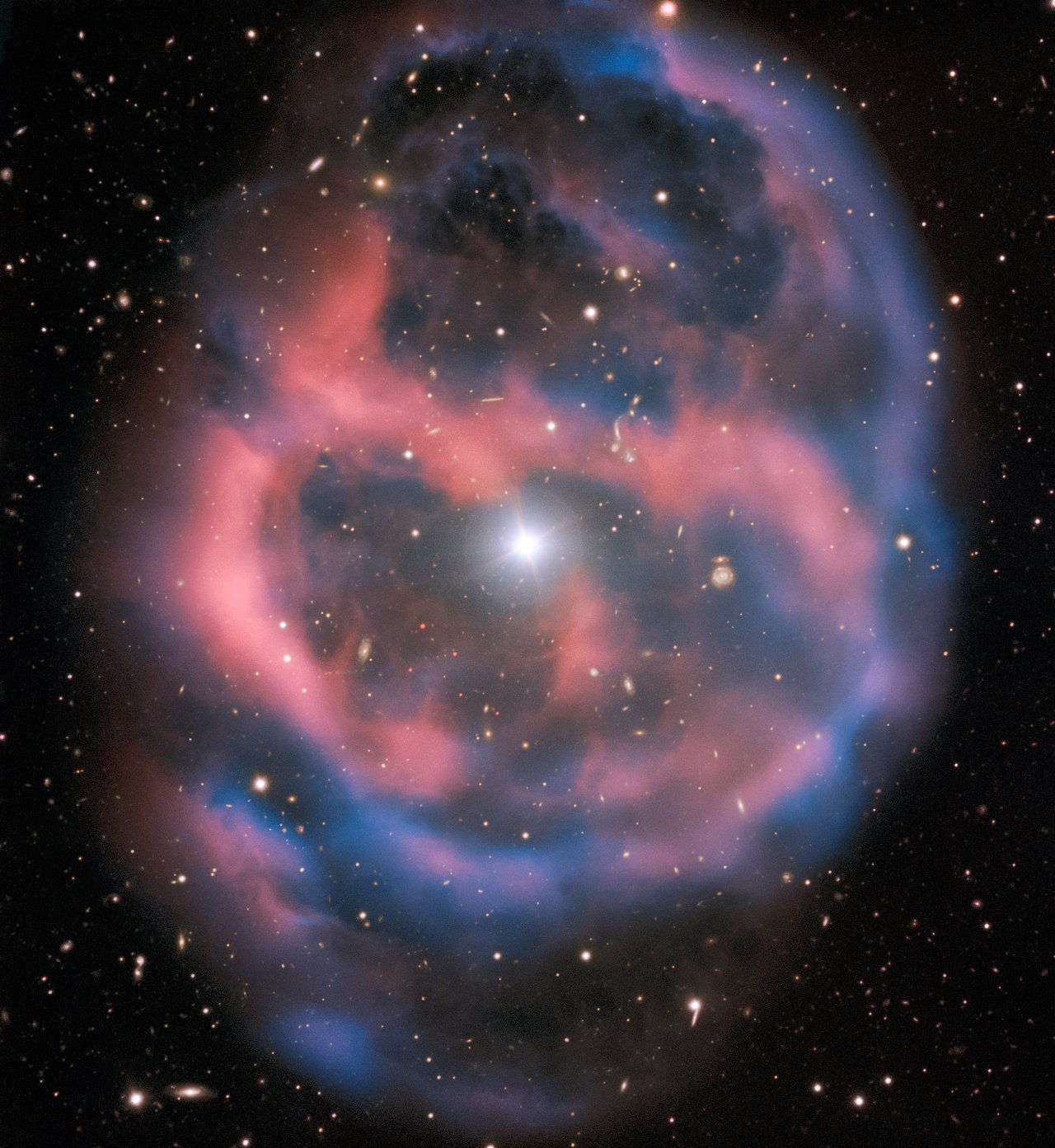 When a star becomes a red giant it can wreak havoc on anything that happens to be orbiting it. The star balloons in size, swallowing up nearby planets as it grows in size before eventually collapsing in on itself in a colossal explosion. That big boom is what we’re seeing in the image of ESO 577-24, but it won’t stick around for all that long. After about 10,000 years, the glowing gasses will have spread thin and faded from view.

This particular dying star is around 1,400 light years from Earth and you’d never be able to see it with the naked eye. ESO’s Very Large Telescope began surveying the sky over two decades ago, and since then it has produced some truly stunning glimpses of objects in deep space.