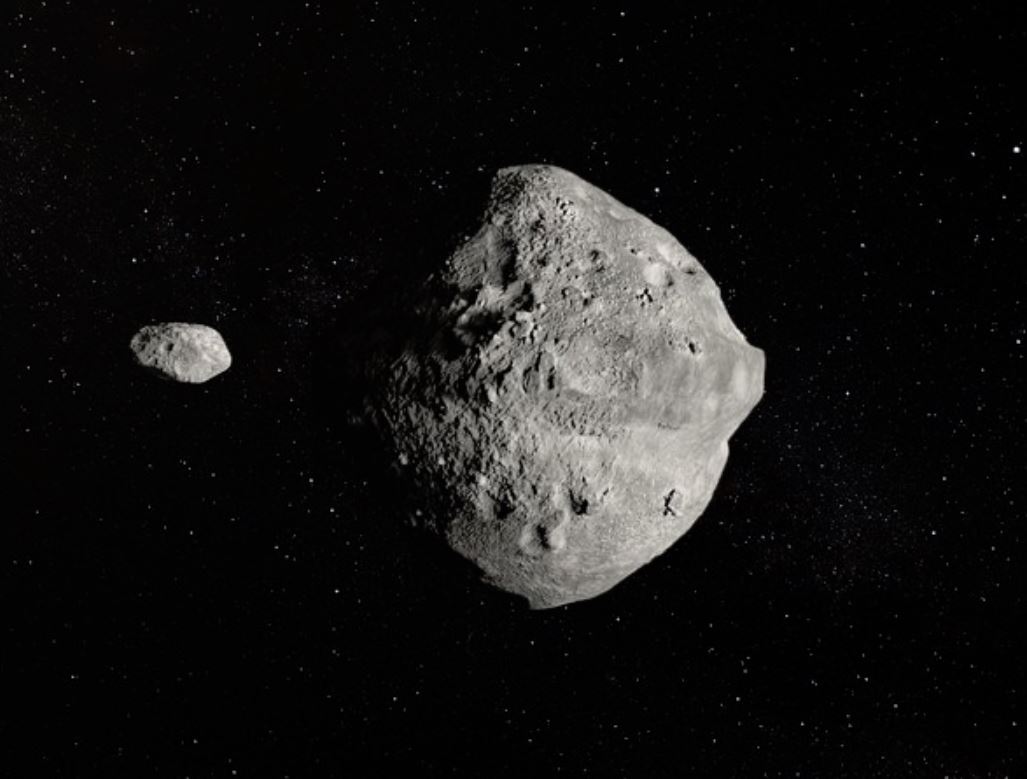 Astronomers eager to observe bizarre visitors to our neck of the Solar System were in for a real treat late last month as the rare double asteroid 1999 KW4 made a “close” pass of Earth at a distance of some 3.2 million miles. It was far enough away that the space rock didn’t have a chance of posing a threat to our planet, but it was close enough that scientists were able to catch a glimpse of the special visitor.

Asteroid 1999 KW4 isn’t like many of the other space rocks that speed past our planet on their way around the Sun. Rather than a single large object, 1999 KW4 is actually two separate rocks; a large main body that measures roughly a mile across and a smaller “asteroid moon” that orbits it.

The pint-sized moon is still rather large in its own right, measuring over a quarter mile in width by most estimates. A new post by the European Southern Observatory reveals that the duo made it close enough to Earth to be captured on camera by the Very Large Telescope (VLT), and the image is sharp enough that we can actually see the two distinct objects that make up the double asteroid.

The hazy image is the actual photo snapped by scientists, and the image on the right is an artist’s interpretation of what the object might actually look like if we could see it perfectly clearly.

Efforts to capture images of the asteroid have purposes beyond simply wanting to see it. Astronomers strive to learn as much about the rocks that pass by Earth as possible in an effort to better prepare us for a day when one might a little too close for comfort.

“These data, combined with all those that are obtained on other telescopes through the IAWN campaign, will be essential for evaluating effective deflection strategies in the event that an asteroid was found to be on a collision course with Earth,” ESO astronomer Olivier Hainaut said in a statement. “In the worst possible case, this knowledge is also essential to predict how an asteroid could interact with the atmosphere and Earth’s surface, allowing us to mitigate damage in the event of a collision.”