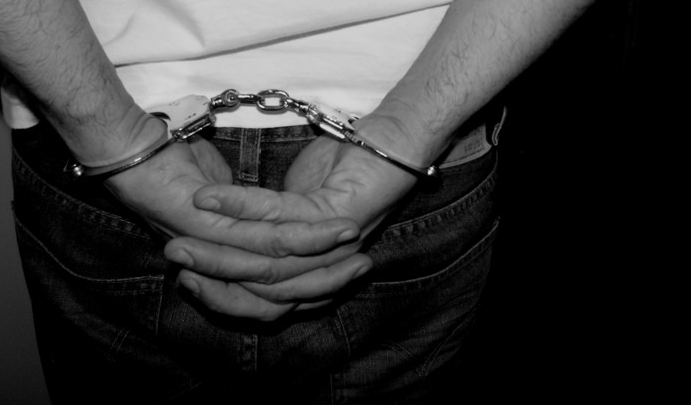 Apparently it’s not just tech CEOs that think they can tweet assassination threats and get away with it. A 24-year-old man from Ohio was arrested and faces possible jail time after posting that he’d like to see Donald Trump dead, along with a vague plot to blow up the entire United States.

Zachary Benson says he was watching the election results on television when he “went too far” and posted a pair of inflammatory threats on Twitter.

The tweets, posted just after 1 a.m. on November 9th, are exactly as pointless as you’d expect:

“Diplomacy. Fucking Fools. I hate you all. I want to bomb every one of your voting booths and your general areas.”

It’s not entirely clear why Benson — who goes by ZeeAyeKeyKay on Twitter — started his tweet with “Diplomacy” when he clearly meant “Democracy,” or how broad “general areas” really is, but suffice it to say that the man is not of sound mind. His second tweet, which arrived about 15 minutes after the first, is equally misguided:

“My life goal is to assassinate Trump. Don’t care if I serve infinite sentences. That man deserves to decease existing.”

It seems that Mr. Benson could use an English lesson and a grammar course before posting his next assassination threat. Basic communication skills aside, bomb threats and assassination vows aren’t taken lightly these days, and Benson rapidly found himself in police custody. He later claimed that he didn’t mean what he said, and that he was “very apologetic.”

“Benson insisted he never intended any harm to anyone and would not want anything to happen to Trump or the general public despite his threat about bombing ‘general areas,'” according the court documents. Benson will now need to hope that a judge sees his point of view.