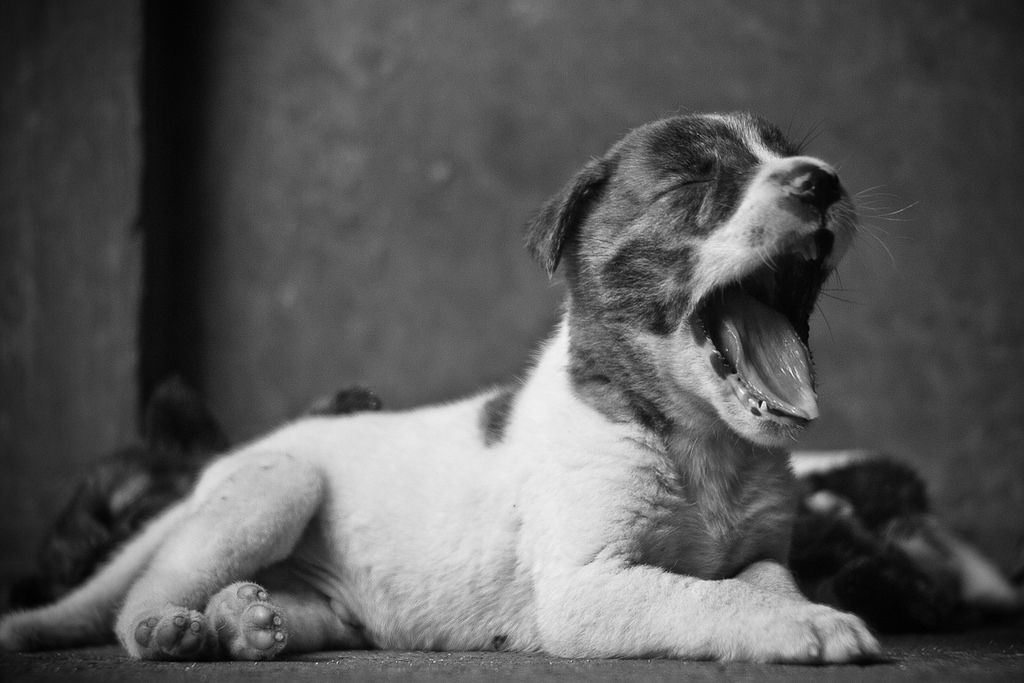 Dogs are called “man’s best friend” for good reason. The animals were one of the very first to be domesticated by humans, and our bond with our canine brothers stretches back thousands and thousands of years. Now, researchers studying the ancient remains of a young puppy have discovered clues to its relationship with its human handlers, revealing what might be the oldest evidence of companionship between humans and canines.

The puppy’s skeleton was uncovered at a burial site in Germany which is thought to date back to around 14,000 years ago. The site was used for both humans and, it seems, some very early pets, and it quickly became evident that the young dog’s demise was something its humans were attempting to avoid at all costs.

Luc Janssens, a veterinarian and archaeologist who studied the bones, discovered clues that point to the puppy being quite sick in its final days. By taking a close look at the ancient animal’s teeth, Janssens discovered that it had become ill several times prior to its death. The young dog suffered from distemper, a viral disease which is often fatal in canines. It can lead to dehydration and malnourishment as well as vomiting, and it can also affect the nervous system, causing seizures.

It’s not a pleasant way to go, but the puppy’s remains suggest that it had already fought through several bouts of the illness and come out of it alive. Considering how tough it would have been for a young animal to beat the disease at all, the fact that it had previously survived the illness not once but multiple times suggests that it was well cared-for by its human companions.

“Since distemper is a life-threatening sickness with very high mortality rates, the dog must have been perniciously ill between the ages of 19 and 23 weeks,” Liane Giemsch, co-author of the study published in the Journal of Archaeological Science, explains. “It probably could only have survived thanks to intensive and long-lasting human care and nursing.”

The evidence, as well as the fact that it was buried alongside humans in a shared burial site, suggest that the dog was not only domesticated, but a beloved member of a human clan.