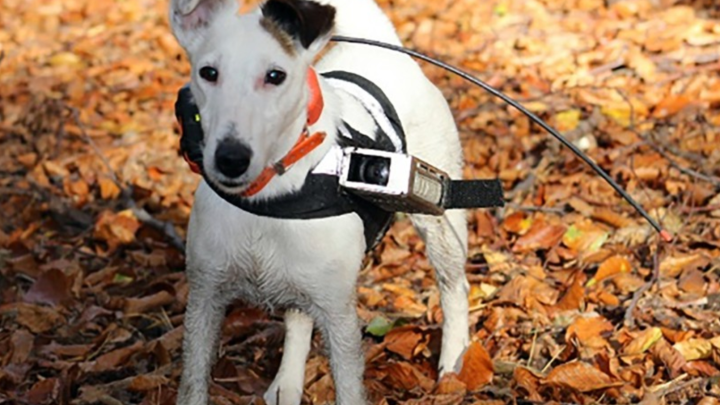 Dogs are man’s best friend, but while we may think that our four-legged friends depend on us for a lot, they possess some abilities that humans could only dream of. Their sense of smell is far keener than our own, their eyesight can detect even the slightest movement, and as a new research paper reveals, they appear to be in tune with Earth’s magnetic field in a way that allows them to find shortcuts when traveling.

Dogs, it seems, have the ability to navigate toward a goal by forging new, more efficient paths than the ones they already know. This hints at an ability to sense direction and location based on an internal compass that, thus far, has gone unstudied.

As part of the research, the team tracked dogs using GPS while taking them on excursions into forested areas. By mapping the dogs’ behaviors when they ventured off on their own, the researchers came up with three types of exploring behavior.

The “tracking” behavior is characterized by the animal following the same path to return to their origin point as they took when they first ventured out. This is typically what humans do by forging a path and then using that path to find their way back without getting lost.

A different behavior, which the researchers called “scouting,” reveals that dogs can travel blindly into a wooded location, reach their turning point at which they decided to head back, and then take a completely different path to make it back to the same place they started. The researchers also observed instances of combinations of both of these techniques, with dogs tracing their route backward before breaking into a new path that was more efficient to reach their destination.

The team recruited 27 hunting dogs for the experiments and ran over 600 trials to get a good idea of just how good dogs are at finding shortcuts on their own.

“When returning to the owner (homewards), dogs either followed their outbound track (‘tracking’) or used a novel route (‘scouting’),” the researchers write. “The inbound track during scouting started mostly with a short (about 20 m) run along the north-south geomagnetic axis, irrespective of the actual direction homewards. Performing such a ‘compass run’ significantly increased homing efficiency. We propose that this run is instrumental for bringing the mental map into register with the magnetic compass and to establish the heading of the animal.”